Diary of a Sick Writer 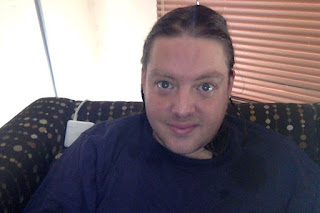 Even the ones who jump up and down on your dining room furniture and scream like a howler monkey that the secret to "success" (should that, for you, mean anything other than enjoying writing for its own sake when the spirit moves you) is to write daily.

And sometimes we have to "call in." In some respect or another.

I'm on the mend but definitely still recovering. This morning I woke up feeling just so much fucking better. However, I was quickly reminded that I still had some convalescing to do.

Me: I'm SO MUCH BETTER. I'm going to go live! I feel life in my veins. The possibilities are endless. Energy courses through me. The merging is complete! The world is my oyster. I might even go out tonight. THE HIIIIIILLLLS ARE ALLLLLIVE WITH THE SOUND OF-

Me: Maybe I'll just write a little filler post and stay up past nine instead.

One of the most frequent questions I get these days is some variation of "How can I do what you have done?" How can I get paid. How can I get these readership numbers.  How can I afford brand name peanut butter as a working writer? It's not like I'm secretive about it. (This entire blog serves as a real-time of my entire writing career arc.) However, I think a lot of them are hoping I'm going to drop some kind of secret or trick.

So as a quickie today while I'm mostly still bed-resting, let me make sure that people know that I'm really QUITE serious about writing every day for the starting writer who wants to "make it." I don't say this to judge anyone for the "realness" of their writerhood or to insist that there's no other way to cross the finish line of Really Real Writer™ (though it ranks). I don't say it so that those of you who don't or can't write daily are racked with guilt.

I say it more more because of those questions about success that I get so often, and because I so often see folks treat artists as a group that works infrequently and only when inspiration hits rather than often harder than most clock punchers.

I knew I wasn't going to be able to write a blog these last couple of days. I had a headache from coughing and I was sleeping 16 hours. Even your average "fluffy" blog takes me a couple of hours and the longer ones take five to eight–some of the really involved ones take 20 hours or maybe more.

I couldn't blog, but I didn't stop writing. I plucked at a longer gun control post that will probably be going up in the next couple of weeks. I wrote a little fiction. I noodled on something for next week. I never got out of bed, but I propped myself up on a pillow and clacked away between naps and headaches. I made excuses that I wasn't that sick and slipped a little writing in where I could.

The last time I wasn't able to write at all, I was running a 102 fever and couldn't keep down water.

When I say write every day, I don't always mean the twelve hour marathons. I don't always mean dedicated hours on the work in progress. Sometimes the best you can do is fifteen minutes propped up on a pillow before the next wave of sinus pressure headache hits.

I'm not going to tell anyone that the way to make it as a writer is being willing to write until and unless one is brain-meltingly sick, but I do think there's a link between between making the time to write and struggling to do it every day (or almost every day–even just a little) and this wild, out-there concept of "making it."

I think that it's very conspicuous and revealing that in a wide sampling of folks who have made it to where so many express their florid desire to be, the consistent theme is artists who make excuses to DO their art rather than those who make their excuses not to.
at February 24, 2018