Non Financial Help (Four things that help but cost nothing) 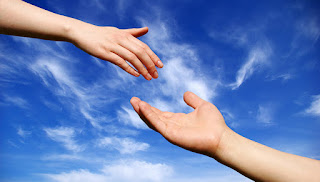 Normally I limit my "appeals posts" to once a month here (and once around the 15th directly to the social media I frequent) so they don't come off as spammy. I get annoyed when artists are overbearing about that stuff and I'm not going to push it on anyone else. However my usual appeals posts are definitely trying to encourage financial support, and the question comes up a lot (directly and in comments) about how to help if even $1 a month is not in the cards.

So today, since it's the weekend and I'm not really going to be able to post a full post until tomorrow, I'm doing a quazi-mailbox to all those folks.

How can you help if you've just trying to survive capitalism and moths are flying out of your pockets? It's possible to help without ever paying a dime. (One of my patron muses for two years was a guy who just "liked" everything. He never sent me a penny.)

You don't even have to actually pay attention to these things. You could even mute/unfollow/whatever me. It just helps if you're following.

My latest client has a big screen TV in their bedroom hooked up with all the streaming stuff. It's so swank. Normally I would just read before bed, but this set up gave me the chance to catch up on some TV since I'm always and ever criminally behind on pop culture.

I've really been enjoying Black Mirror (even though some of the episodes are quite hard to watch) because of their critique on social media. I've watched one or two episodes a night the whole time I've been here. Some of those episodes are just a little too spot on with where the spectacular fuckery of social media is heading.

But there is no doubt that when the world of algorithms and reach projections takes a look at a blogger like me, what they look for is my numbers. How many subscribers do I have? How many followers? How many this? How many that? Is Chris a "4.5"?

There's a reason I get five or ten offers a day to advertise on my Facebook page but G+ doesn't seem to know I exist. (On FB I have 650,000 followers.) I'm not particularly thrilled at the deluge of spam and bullshit, but some of the real opportunities are offered by folks who are all looking at those same numbers. Opportunities like being featured on podcasts or being invited to speak on panels are often about numbers, and you can help me look like I'm a big deal. 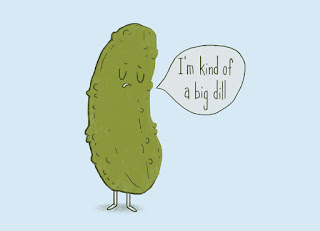 A lot of people love my style and topics. A few really like them.

And a whole fucking shit ton of people don't. I'm not their jam. I'm too soft, too hard, too sweet, too fucking whatever for their taste. I say fuck too much. I don't say fuck enough. I am not artsy enough. I'm too fucking touchy feely. A wild-eyed radical who rages against the machine. A bougie bet hedger who won't burn the whole thing down. Not everyone likes my style. Not everyone cares about writing. Whatever....

The hardest part about blogging is getting the word out because basically the way social media works is that I CAN'T DO IT ALONE!

If I share a post on social media it's all my same friends seeing it again and again. They all secretly (and some not so secretly) want me to shut up. For the everloving sweet buttlicking Jesus shitsnacks, Chris, shut the FUCK UP about it.

Finding my niche and those folks who really appreciate the work I am doing is tougher than running down a cephlapoid on foot (#20yearoldpopculturereferencFTW), so helping push that process along is incredibly helpful. You have friends I've never met. You can promote a few of my links without getting blacklisted. Some of the folks out there are going love what I do, but I'll never know if they're too busy binge watching Puffin Rock to find me.  Simply share those articles you really like on various social media in order to help me to find the narrow niche of people who like both what I'm saying and how I'm saying it.

Facebook is essentially openly running a Payola scam where you have to pay them if you want your own followers and fans–the folks who have literally signed up to see you–to actually see your content.

Google is constantly coming up with new tricks to make sure someone who's just dropping keyword rich text into a fluff piece doesn't end up on the first page of a search.  One of the most effective ways to help an article get more traffic (by being a higher result on a search engine) is to do things like give it "Likes," "+1s" and "Thumbs Up," little hearts, approving glances, eighties head bobbing computer kid gif reacts, whatever.  If you want to help W.A.W. maybe be just a little more generous with your social media engagement.

Seriously, this doesn't help my numbers or my algorithms or me to hook up with some massive patron of the arts who has thousands of dollars a month to burn or an apartment in Oakland I can use indefinitely for free or something. It's just a bit of kindness that goes a long way.

Most of the time, this is a thankless job that I do because I love it for its own sake. I make barely enough to get by (if I gave up my car, cell phone, and eating anything that wasn't a PB&J or ramen) for fifty hours or so of work a week.  There have been a deplorable lack of hawt groupie threesomes since ever. And almost the only time anyone slides into my inbox or PMs is when they want something from me. (Usually free advertising or free tutoring.)

Most of the time no one makes a comment unless they've got a problem with something I've written or want to show off themselves in some way, so I tend to have a skewed idea of how antagonistic my readers are. Fuck, half the time I get these anonymous nast-o-grams that are absolutely intended to make my cry like the Dawson's Creek meme. It's really nice to hear some of the good stuff from time to time whether it's just an article you particularly liked, or a general appreciation of my work.