Nine Bits of Advice for Week 4 of NaNoWriMo 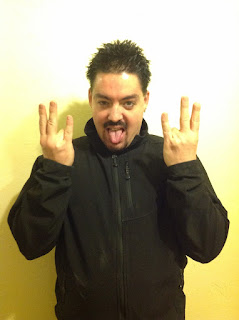 If you've been reading this blog for any length of time––especially if you've been around at least a year––you've probably noticed I have an....um....conflicted relationship with NaNoWriMo. I try to talk most starting writers out of it, I firmly believe that what we really need is a more reasonable daily word count goal and about, oh, eleven months more of effort, and watching writers who burn out doubt they are real writers if they don't "win" makes me want to go to Ikea's table section and just start flipping. But once November 1st hits and the dice are cast, you stay away from my precious cinnamon rolls who are doing their best unless you want full Mama Writer Bear coming after you!

But don't take it from me. I'll turn it over to the version of me with the black hair and the goatee.

At this point you've rounded the last bend and the finish line is in sight. Things are looking good. You're probably realizing what a mess your manuscript is, but somewhere between the NaNo goal, your dogged belief in your own ability, and perhaps a sprig of sunken cost, you're plowing onward. You may have even reached the point where it's getting easier. You know roughly how long it's going to hit your daily goals.

Whether you make it or not, you've done something amazing. Just a little further. And here's a listicle to help!

1- You are probably going to make it!

I bring glad tidings. Statistically speaking, if you've gotten this far, you're probably going to make it, unless something weird goes wrong. (And you couldn't have foreseen that sort of thing anyway.) It's week two where the pixie dust inspiration really has to give way to the slog of "Fuck, this is actually WORK," and if you didn't get that message in week two, week THREE surely hammered it home. At this point, you're just cranking out the work every day.

In fact, somewhere in week three, things may have started getting easier. (That's the habit of daily writing kicking in.) Now, week four, you're on the downslide. You're getting close. You just have to keep doing what you're doing.

You are probably off the rails. Maybe completely. And I don't mean like you can see where the train hopped off the track and slid down the embankment. I mean the train lifted off and flew away from your Nov 1st idea while giving you the finger.

You might be wondering how to get back to your planned end by the 50k word count. You might be as surprised as anyone at the shit the characters are pulling. You might be making up details about 14th century Constantinople's public bathroom infrastructure for a fight scene. But the important thing is that you just keep writing. You might be trying to edit as you go. DON'T!  Don't do any of that stuff. Don't worry about it. Don't get distracted with research. Don't edit. Don't stop writing.

(I'm not necessarily weighing in on the "edit as you go" process of regular writing. That tends to be a personal choice. [I do it as kind of a "recap," and it helps me immensely to reframe.] But it's no way to write 50,000 words in a month.)

As for wrapping it all up on Nov 30th? You know....even in the extra official NaNo rules (which most would do well to augment or ignore anyway), there's nothing that says the 49,999th word has to be "The" and the 50,000th word has to be "End. You can win this thing, and still take another 10k words to wrap it up. All the computer program does when you upload your manuscript is count your words. It doesn't judge if you have a good denouement.

3- Take a moment to appreciate this feeling.

Of course, this is exactly what I try to tell people over and over again about the writing process. Naturally, not every single brain works exactly the same way, but this is such a predictable result of writing daily that it can't be underscored enough. Perhaps you might take a moment to realize that THIS feeling of routine and regimen is what I'm advocating for––this moment where many start to push through the resistance and turn what is a scattershot of sporadic fits and starts into a sustained pace.

I mean, it's possible that for you, day twenty-one is as hard as day seven or eight when the initial enthusiasm starts to wear off, but for most people, that's just not the case.

If you're here in the U.S., Thanksgiving is somewhere in the fourth week. (It's literally the fourth Thursday in November for those who don't know, so the date floats around from the 22nd to the 28th.) You've probably got a busier day planned than most of the rest of the month (even if it's just "busy" with food comas, brining turkeys, and football games), so either figure out early when you're going to duck away to do that writing, or make sure you have a plan for a few hundred extra words in each of the days before and after. 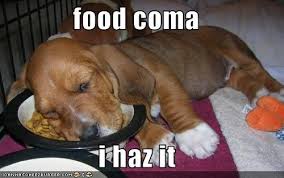 5- Take a breath if you're deep in word debt.

Listen, if you've been doing this for 20 days, you've already accomplished something spectacular. If you haven't managed to hit 1667 words per day or you missed a couple of days and you're running behind, just take a breath. 50,000 words in only a month is an OUTRAGEOUS pace. Most professional novelists don't average this. The vast majority of folks can't (and DON'T) keep up with it. You have a lot to be proud of even if you're running behind.

Still, if you're determined to catch up, think it through instead of just being harder and harder on yourself as you slip behind. There's no reason to think that you're suddenly going to be able to double or triple your output on a regular day. If your writing pace is manageable, and you've been finishing up with a bit of free time, you can divide your debt by eight and try to whittle away at it a little each day. Just be warned that if you have been missing by a few hundred words a day all month long, there's no reason to think that you will suddenly be able to write much much more for no reason and with no change. You might just be a slower-paced writer (which is okay!). If you probably aren't going to be able to catch up piecemeal, perhaps you can see what it's possible to do about getting the last couple of days of the month off from some or most or all of your responsibilities, so you can just crawl into a hole and do nothing but focus on pounding out words like bullet casings in the third reel of a Matrix movie.

Win or lose, you should be thinking about how you celebrate. You just did something amazing (even if you didn't "win"). You've been putting in hours a day for an entire month on something just for the sheer love of doing it. What are you going to do to reward yourself? Enjoy some video games for HOURS? Take yourself out to dinner? Binge the entire season/series of something you've been listening to people gush about all month, but you couldn't watch because you had to sequester yourself away and write? You don't have to take yourself to Paris for a month, but it should be something non-trivial to match how non-trivial what you just accomplished is.

7- If you don't succeed, it's okay. If you can't do it because of whatever, be kind to yourself. But please don't give up.

This could almost appropriately be 2b (above). If you start thinking, you might want to scrap the whole thing because it's too poorly written, too far off the rails, too this, too that, you're just thinking too hard. You can always edit a shitty draft. But you can't edit an abandoned one that you didn't even finish. Go ahead and finish.

A lot of things can GO WRONG that are legitimate and will mean you don't finish by the deadline. Maybe you just didn't have enough time to hit 50k. Maybe you are more of a 500-words-a-day type (and now you KNOW that!). Maybe you or a loved one falls ill (here's hoping it's not Covid Uncle Blatbrat brought you by not actually quarantining but saying he did....the jerkwad.) You might have a mental illness crash. Your teenager might try to floor the car out of the garage before taking it out of reverse. These things aren't giving up. They're just life. Take it from someone who was that "gifted" kid who gave up at a whole lot so I wouldn't have to face failure. (Can't feel bad if I never tried, right?) But what I'm really hoping here is that you don't give up. Even if you fail. They are not the same thing.

The worst thing that could happen is you learn a lot about writing, have an amazing experience under your belt, a more developed sense of what it takes to finish a novel, and dozens of lessons about how not to write.

And here's a little secret from someone who's been on deadline more than a few times: sometimes that's when the magic happens. You get under pressure and you start cooking hotter....kind of like your Instant Pot. Turns out there's a mistake in there that....well, it WORKS! Or damn it if that train wreck doesn't give you a really great idea! Or you punch something out in a fever of keystrokes and the next day you come back and....there's something to it. I can't tell you what might happen if you keep going, but I can absolutely tell you what won't happen if you give up.

Folks, I haven't been shy about the fact that I think NaNo puts galaxies of emphasis on only specific parts of writing, that what you end up with might be a phenomenal accomplishment of which you should be Herculean-trails proud, but it is by no stretch of the imagination a novel that is ready for publication. (At best you have a VERY rough first draft....maybe even a zeroth draft.)

But this is how to do that thing which so many aspiring writers find so elusive, and if you love writing (and the oft florid prose of the people who tell me they would "die for Riley writing" seems to suggest that many do), holding onto this discipline instead of taking the next eleven months off may not definitely get you to your goals, but it is a capital idea. You don't have to continue on with the same four or more hours and 1667 words a day on a single work in progress. (That impression might legit be part of the reason the idea is so scary.) But there is a reason the advice to read a lot and write a lot of so many working writers and almost all "household names" is so consistently similar, when (as a general rule) writers don't agree on much of anything.

You're almost there! Go. you!