No More Polls! (But Here's What's Replacing Them) 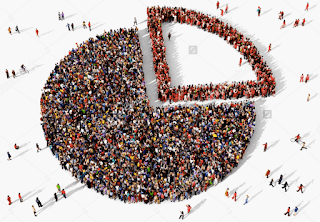 Unfortunately the "free" polling programs can no longer keep up with Writing About Writing's needs, and the paid polling programs are way more than justifies the expense, so we're going to start doing something COMPLETELY different in place of our polls.

One of the most generic pieces of advice that I took when I was first starting this blog nearly nine years ago was to run polls and keep people engaged in some sort of interactive aspect. And for nearly a decade I have enjoyed hearing from people and watching the robust discussions (and bestselling mainstream authors occasionally getting their asses handed to them) as well having something "jazz hands" I could toss up on days where a full post was just not coming together or I needed a day mostly off.

However, if you've been following my recent headaches with polling programs, you already know that Writing About Writing's readership and poll participation has outstripped most free or "demo" poll programs. There were a couple that would let you run a poll or two a month (all we ever needed) with all their capacity and glory, but in one most of these programs all shifted at once, and significantly changed the way they allowed their free versions to be enjoyed. They would allow you to set up a free poll, but only took a limited number of votes each day––often hundreds left that was needed. Suddenly I couldn't find a poll program that could handle the volume of WAWs polls.

A couple will let you if you link over to their websites, but that always cuts way down on responses. It's hard enough to get people to click on MY link instead of just yelling in the comments on FB or wherever I drop it. Getting them to go to that page and then click through to another page meant I only got about ten percent of the votes. I liked the ones that gave you the code to put a widget right in the blog.

Of course I could pay. But I am already working a second job to afford car insurance and salad mix, so the thirty dollars a month is a bit spendy considering I'll only run a poll every two months or so. If they had a limited tier for folks who only need to run the occasional poll, that would work, but it seems all the business models are all-or-nothing.

But that's all good. It was time for a change anyway. The cutthroat elimination process and the inevitable victory of the author who happened to have a movie deal was never my most favorite part of the process anyways. What I really loved was the nominations. People wouldn't just recommend it, they would talk about why the loved it

SO WHAT'S REPLACING IT? DON'T KEEP US IN SUSPENSE!!

Hokay....so..... Here's what I'm going to do. Instead of polls, we're just going to do a comment thread of gushing recommendations. I'll announce the genre like always. ("Modern Science Fiction") and set up the rules for publication dates and such the way I usually do, including entirely too much flexibility over what constitutes this or that genre. There rules will be similar. (You'll get two recommendations and you either recommend for "best" or "unsung hero") But instead of nominations for a "poll," it'll just be recommendations. Instead of a cutthroat elimination round, we'll just chat about the books we think are outstanding.

Instead of running a poll, I'll compile a list.

We'll still have the system of seconds (and "thirds" and "fourths") but all that will determine is which goes at the top of the list. And I'll link out the original nomination post for folks who want to go see what people are saying about the book.