The Day We Knew Would Arrive 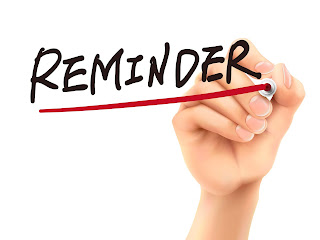 Since the 2016 election, and really before, I have realized that during the week of an election, I'm just no good as a writer. I write, of course (I always WRITE), but it's dribbles and blurts and has no cohesion to speak of. It's all Facebook statuses, half of them about my dreams and fee-fees and the other half just a few lines yelling at clouds. I'm not up to the task of sitting down and writing an article in a few hours and getting it posted within eight.

So I've learned through rough trial and error to just take the week off. I'm too hot and emotional. Even if the side I grudgingly support has about the best victory it can expect (like 2008 or 2018), I'm wrapped into reading analyses and postmortems and doing my own political writing. (I'll probably fire up NWAW before you see another "real" post here.)

This election in particular may require some civic.....um....engagement to ensure that all the votes get counted and there isn't effectively a coup. So the effects may drag on past a mere "seven-day" week. With any luck, I'll be champing at the bit to write again by the 5th or 6th, but it's tough to make a plan in a political landscape like this one.

The best I have is a flow chart.

And while it will probably not be a mystery why I a liberal writer living in Oakland may need an extended hiatus (you may even see me on the news!), I will do my best to keep people apprised of what's going on.

I know I'm one of only three people on Earth who pay attention to my own posting schedule, but just in case, I have saved up a number of admin/business type posts (like the Facebook compilations, the Best Of for the last couple of months, and reminders to vote on our polls). Though I'm going to be OFF off tomorrow, I can drizzle those in so at the very least, I don't completely disappear.

This will go for all my various posting habits. My Facebook page tends to keep going even when I'm completely off of writing because all I need is a phone and a few minutes to toss up a meme, but you may notice the decline. Just know that I'll be back to full throttle. Hopefully in a few days. Certainly in a week or two.

Thank you all so much for your patience. I'll see you in a few days, and if everything goes well, one of the steam valves that have been clogging up some of my ABILITY to write may be venting some pressure, and I will come back even better.