Do You REALLY Need a Cover Letter? (Mailbox) 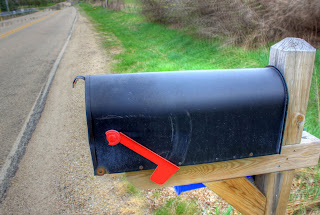 How important is a cover letter with short story publications?

[Remember, keep sending in your questions to chris.brecheen@gmail.com with the subject line "W.A.W. Mailbox." I will use your first name ONLY, unless you tell me explicitly that you'd like me to use your full name or you would prefer to remain anonymous.  My comment policy also may mean one of your comments ends up in the mailbox. Though I regret to inform you that I may not always provide you with the answer you want to hear.]

Do you really need a cover letter filled with accolades? Shouldn't a good story be a good story no matter who writes it?

I have a book that everyone I give it to really likes when they read it, but I can't get an agent—not one I would take seriously—without a cover letter with a bunch of short story publications. The thing is, I hate short stories. I hate writing them. I hate reading them. I don't want to do it that way. My book is good. It'll sell; I just know it. Do I really need a cover letter? Is there any other way?

There are absolutely other ways, Malk. You seem like a RECRUITING POSTER for self-publication. Edit that monster and spend a year or two doing self-promotion instead of spending that time trying to shop it. Chances are, you'll make more money and have more readers when all is said and done. However, I'm going to assume from the way this question is worded that you want the "street cred" and affirmation of a gatekeeper's nod and traditional publishing.

You can also fill your cover letter with different kinds of writing accolades than published/recognized short fiction. If you are a journalist, for example, an agent may take a chance on you based on a cover letter of journalism awards and career laurels. They may even give you a good-faith read if you have experience in freelance writing, technical writing, blogging, or anything that can show you are a capable wordsmith who has delighted a reader or three in the past.

Not so much with that either?

Why doesn't that agent just sit down and read your book (that is totally awesome, if they'd just give you a chance) and be swept away….even if you don't have some well-populated cover letter?  What's up with that?

The short answer is because every one of a hundred other people, who have sent this agent an entire novel to read, feel exactly the same way about their work. Does this agent read a hundred and one novels, probably 99-100 of which will be utterly unpublishable, in good faith? (And I'm not saying YOU don't have a catchy start, Malk, but I can't tell you how many people say some variant of "Stick with it until at least chapter six because that's when it really gets good*.") You're talking about a year's worth of work to maybe come up with one viable client. Or does said agent maybe come up with some way to figure out which ones they should glance at a couple of pages and which ones they should give a good and proper gander?

[*Bit of advice that doesn't have anything to do with this post? If "that's where it gets good," then that's where your story should start. And you should figure out some other way to get the desperately important information of the first five chapters in there.]

So how does this agent haze a hundred people who all swear that their farmer vs. the dark lord story (who ends up being his FATHER!) is the best and that all their friends love it?

I don't know if this is still the case, but when I was at SFSU, there were two literary periodicals. One that the undergrads ran and managed with heavy faculty oversight, called Transfer, and one that the grad students ran and managed, called Fourteen Hills. (I was the managing editor of Transfer for one semester and believe me, I have seen some SHIT. But that semester is not what this story is about.) Transfer was RUN by the undergrads, but it still solicited submissions almost exclusively from graduate students. And while Fourteen Hills was considered more prestigious, Transfer wasn't slumming it.

One semester I submitted something to both magazines. To Transfer, I included who I was….really. Chris the undergrad from their very own English (with emphasis in Creative Writing) program just submitting a story. To Fourteen Hills…..well okay, listen. This might sound a little underhanded, but I was already sort of aware of the point of this story and I was trying to test something. SOOOOOOOoooooooo I might have maybe made up a persona. Graduate of University of Cornell (a really REALLY good MFA program), and frequently published author.

Same pedagogy. Same faculty teaching the students. The offices are down the hall from each other. But the HARDER one accepted my work. Because they thought I was somebody.

Of course, I withdrew my submission from consideration. I didn't need the kind of heat that getting caught could bring down on me before my writing career had even begun, but it proved the point I was trying to make.

The quality of writing does matter, of course, but getting someone to pay enough attention to give your work an actually good-faith read can come down to whether they think you are any good. Critical reading is a skill, and it's HARD—that's why you have to write papers all damn day in English programs doing it; and if someone doesn't think the writing is worth their dedicated effort, they're not going to be paying attention enough to see what a writer is trying to do. There were things I was doing with the language in that piece that the rejection letter from Transfer didn't even mention and the acceptance letter from Fourteen Hills gushed about. When you approach something like it might contain really good ideas, you see a lot more of what's there. When you approach it like "Pffft. Whatever," you won't even notice when something really good might just need a spit shine polish to be spectacular.

Writing is an impacted industry. There are way way WAY more people who want to be writers than there are book deals, publishing contracts, or even people willing to do a close, thorough, and good-faith read, and most of the people who aren't your friends or trying to bang you are going to pick that manuscript up looking for a reason to put back down unless they already think you're the shit and THEY will look the fool for not picking up on some subtle thing you were doing.

I've seen this bear out in a creative reading class (and presumably it happened in more than just the one I was in). The instructor handed out two short stories. Half the class got one that said at the top that was by a writer in a different class of the same program. The other half a got story attributed to a multi-award-winning author who we might not have heard of but who was well known in the literary world. We started discussing the pieces in tandem, and half the class is ripping theirs to shreds and the other half is doing this amazing analysis of the language, and the prose rhythm, and the deep imagery. The discussion questions were designed very carefully to keep us off of content and on prose quality.

It took about five minutes for us to realize that we were discussing the same piece. It was not written by a student in another class. But those of us who had been told it was never even approached it as if it might have had something to say. (Our first lesson in critical reading.)

Should it be this way? No. Is it? You betcha.

When most folks read something by someone they know has been published, they approach that work with a bias. They assume there's something there, and may even further assume that if they can't see it right away, they should read closer. Agents (who it's worth mentioning at this point don't get paid until/unless the writer does) know this. They know exactly how hard it is to close a book deal and make a commission. At least all the ones who ~checks notes~ you "would take seriously" do. Given how many submissions they get and how labor-intensive each submission is, they try to figure out who will have the best chance of getting them paid.

It's a little bit like how, when you're dating for keeps (not just fucking around), you don't give three full dates to the person who wants to travel when you don't, wants kids when you don't, and wants someone they can do "everything" with when you enjoy your independence. Like maybe, yes maybe, you are walking away from the absolute love of your life, but more likely, you want to be spending your Friday nights exploring things with someone who is more likely to work out.

Or maybe a better analogy might be assuming you are a good candidate for a job if your resume/CV includes having done smaller parts of that job before. And having no experience….isn't good. Sometimes it's easy to forget that publishing is a business and publishers make business decisions.

And it turns out that short stories are a PRETTY good indicator of who writes good novels. Who knows how to turn a phrase. Who knows how to clean up copy. Who knows how to deal with publishers professionally. Who can almost certainly handle being edited. Who (obviously) know how to be economical with their words.

Is it perfect? No. But like Newtonian physics in a quantum world, if you presuppose that writers are better at writing longer works when they have a few short story accolades under their belts (and that they're not if they don't), you will get HIGHLY USEFUL RESULTS.

Of course there are exceptions. Celebrities, ex-politicians, and people who have been near these people can usually jump straight to a book deal (especially if it's a kiss-and-tell-all), as can many people with sort of "preconstructed" networking webs like popular seminar facilitators or motivational speakers. Also people who know agents can often get their book looked at through sheer nepotism without a cover letter—the better you know the agent, the higher the chance of it.

But for most of us plebs, unless we want to take our chances with the slush pile (and I absolutely promise you that we don't), we absolutely need an agent and that means that short story publications and/or literary recognition that form a good cover letter are really the price of doing business.

Unless you want to go non-traditional publishing. But that's a whole other kettle of fish, Malk.