Writing in Transition (Personal and Meta) 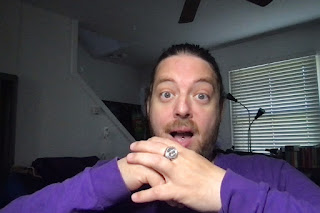 I'm doing something a little different today. Because Writing About Writing is standing at several different junctions between a metric BUTTLOAD of upheaval right now. I've got admin posts that need posting, and I've got half-written content that could go up with just a few hours of finishing and revision.

But instead I want to take a moment both to tell you what's going in the next few weeks as we move out of this terrible pandemic and into the next phase of this blog, all while, of course, giving you some homespun-writer-wisdom on the whole thing.

First of all, you may have noticed that this is going up on THE FOLLOWING MONDAY instead of the Friday when it should have. My clients dropped by with the kids I nanny for four hours and that was pretty much "Kiss Friday Goodbye" energy. This is as symptomatic of the pandemic transition as anything, since the kids were here so a housekeeper could get in my clients' house (while they socially distanced by being here), and my clients sprang it on me because they totally forgot after their second vaccination kicked their asses. One factor (vax brain fog) definitely won't be a problem again and the other (needing to leave the house so a cleaner can get in) likely won't be a factor in a month or two.

One of the tensions we've been articulating here at Writing About Writing for almost 15 months is the (true and valid) perception that artists are not always "content creators"—that is to say that we can't always just pound out ever more content like we are a machine with no other purpose. We have existential crises in the middle of pandemics. We have emergencies come up and sometimes we have to step up to the plate, for over a YEAR, to deal with circumstances beyond our control. We have bad days. We have bad weeks. We sometimes even have, in the case of a two-dose vaccine taken three weeks apart that knocks you to your ASS, bad months. All with the backdrop of this almost impossible year.

But we're also on the ol' capitalism train just like everyone else, and to survive, sometimes we have to acknowledge some stone-cold realities about how one makes it as a writer—particularly if one wants an income from it.

"Your value and worth as a human being is ABSOLUTELY not measured by your productivity, but sometimes—especially if you're a working artist—your ability to survive capitalism can be."

And I've written about that a LOT this last year. Both that a writer has to be willing to be compassionate with themselves, and that a writer who wants to capital-M "make it" probably has to know when to crack the whip over themselves and not be too nice. I think we're all a little sick of that refrain. So I'm not going to retread it one more time.

We're down to a week—JUST ONE MORE FUCKING WEEK—before some of the changes start, and though they're not going to be instantaneous, "everything back to the way it was," they should start to make a proper blogging schedule easier pretty quickly.

And that made me think about how difficult transitions have been for as long as I've been writing. They're difficult to me as a human, but they are particularly difficult to me AS A WRITER. Especially when it feels like you're just sitting around waiting for something major to change.

If there's one drum I pound endlessly around here, it's that folks who want to take their writing to some "higher level" or "make it" should try to get themselves in front of their writing ALMOST every day ALMOST at the same time every day (if that is possible). And one of the hardest things is dealing with transitions.

The vast majority of successful artists thrive on routine. There is a huge rainbow of diversity in what that routine IS (from thirty minutes first thing upon waking to an eight-hour day done at an office to ten pages whether it takes two hours or twelve), but almost all have some form of it, and their work suffers egregiously if and when they don't maintain that routine. Despite the biopics that tend to put the influence on the French Riviera and the parties and excesses and the parts that aren't boring work—or at most cram the 80% of a working artists waking hours into a montage—most artists (and almost all with a name you'd recognize) work hard and maintain a routine. Both because the muse tends to bring the mojo when it "finds you working," and because if your life gets too interesting (as this last year and to a lesser degree the last five can attest to), you get distracted.

When you're in a routine, you sort of want to know it's going to be your Forever Routine™. Or at least your In The Foreseeable Future Routine™, and it can be really hard when you know a major change is coming. Doubly so when the routine shift feels like your life is about to begin. Waiting for a schedule change to kick in or a job to start (or end) feels like if you really get into the groove, you're just going to have to completely rewrite the grove. In those moments when you're just waiting for your life to change, it can be really tough to keep up with discipline.

Why not just take it easy and hit the ground running after the change happens, right?

The best advice I can give you is to stay the course until and unless it's impossible to stay the course (and only you can ever know that). Believe me when I tell you this is one more of your brain's little tricks to get out of anything creative the minute that it starts to feel like actual work. It's right up there with the greatest hits like, "You can't do this if you're not feeling it (and you're not feeling it)," "I'm too busy to write, so let's just go play that MMORPG for five hours," and "I can't really write until we get a dedicated office, which will take at least two years…prolly more."

Waiting for the greatest schedule shift of all time is a lot like being a few weeks out of a terrible breakup or a lot like working 30- 40-hour weeks on another job that you can't get out of (for whatever reason) before you write a word. I'm not here to judge your choice, but if you keep with it when it's hard, then all that discipline is still there when it's a lot easier (or is part of your new routine). And maybe you even feel like John Carter jumping on Mars.

Perhaps more significantly, the fine edge of craft is something you don't want to let dull. Maybe a week off won't make you a significantly worse writer, but you might find that your ability to sit and write has dulled, or that your craft feels a little slow and sluggish. It's analogous to the reason a professional athlete doesn't sit around doing absolutely nothing during their sport's off-season—even if all they do is go for a jog to keep up their metabolism. It's related to the reason that in high school band, each fall most of the band had lost a couple of months of their edge from the spring before. Because only a few of them had spent the summer practicing. The rest of us had to catch up. Just getting our embouchures back into shape took a couple of days….and forget about hitting that high note we were nailing last June. It's going to be mid to late October before you get your edge back. No wonder I was third chair….

Transitions are hard, but your best bet is to keep something—SOMETHING—going through them.

Plus life has this way of….eating your writing time if you're not defending it with a poison-dripping spork in one hand and an Uzi with incendiary rounds in the other. If you're not careful…if your priorities aren't very clear….if you're not making space for your writing, then when your schedule shifts, you may find yourself with too many commitments and wondering exactly what the heck just happened. Suddenly that perfect oasis for writing comes preloaded with a bunch of other shit already horning in on it. I wish I could tell you how many "perfect schedules" I waited around for in my 20s and 30s only to find when they got there that I was distracted by other things and "out of shape" when it came to both my discipline and my craft.

If, in this last year, one thing has gotten through, I hope it is this: Your value and worth as a human being is ABSOLUTELY not measured by your productivity, but sometimes—especially if you're a working artist—your ability to survive capitalism can be. Your legitimacy as an artist is not measured by working every day, but whether you "make it" (by whatever bellwethers that means to you) will probably correlate strongly with how much work you do. Horrible upheavals happen and you are a human being, not a content assembly line. But the only way to reach the dreams of being a successful writer (again, accounting for the fact that "success" is something only you can define) is to write things for people to read/enjoy/become fans of/pay you for.

But let's get into the meta….not because I think anyone angrily expects me to keep up with an update schedule during a pandemic, or even that I think that as many as 1% of my readers are paying attention to my update schedule more than to click on a link when the preview looks interesting, but because I've promised a look under the hood to the (very) few who care, even when I've got half the engine held together with toothpicks, duct tape, paper clips, and bailing wire.