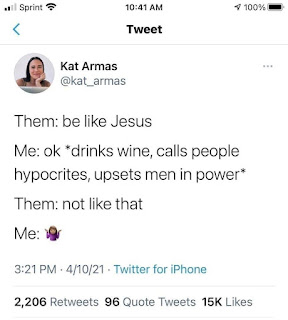 I was sick this week on top of about twice as much nannying as normal so that clients could actually leave the house and do an anniversary celebration for a couple of nights, so I'm going to catch up on another compilation post.
For years, I didn't count all the bite-sized chunks of writing I was doing on Facebook as "writing." But it's a post here and a post there, and sometimes I spend hours a day working on that writing, so it's high time I acknowledge that fact that it "counts."
Here is a collection of the best statuses (and a few of the most popular memes) from my public Facebook page over the period of April 16st through April-30th. (You're welcome to follow me there but read up in the Facebook FAQ [last question] if you want to send me a friend request.)
Do you ever write a status, and it's totally getting love-bombed with heart reacts by like.....everyone.

And then you get that one just plain ol' LIKE react. Like it broke your perfect streak even though it doesn't really matter at all and you try to imagine you don't care about FB reacts.

And you don't REALLY think this because you're not a horrible, self-absorbed person, and you would never ever ever EVER say it out loud (unless you're some weird writer type), but there's still this teeny tiny, mostly-joking part of you that is like: 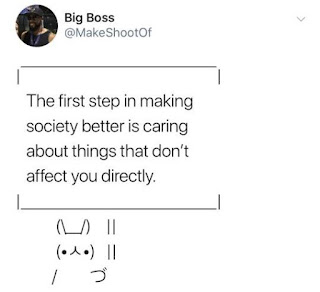 My doctor to me: "Good job getting out of your client's place as soon as you knew you were sick. In the zombie apocalypse, you wouldn't hide the bite." 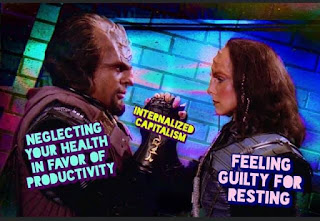 Chris's Pass/Agg of the day:

To be absolutely honest, I wish you WOULD treat it like it's some sort of sacred martial art knowledge, because at least that I could work with:

“You have failed to see class in the context of race, Grasshopper. Return when you have learned about intersections of privilege and oppression, of which class is certainly one, but race is another. Without all, one will always be incomplete.

“Your travels will take you to the Garden of Another Tab where you will train under Master Google, who will spend “a good afternoon” training you in the Ways of the Intersects. Only then can you unlock level three knowledge and understand why your life may be financially hard—and the wealthy are oppressors—but it is not financially hard BECAUSE you are white...nor because you are cishet...nor....

THEN, Grasshopper, you will have learned 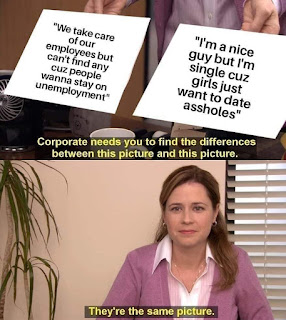 Next two are in relation to the Derek Chauvin case.

Remember the world we live in.

That’s the world we live in.

Fellow white people, we have an obligation to dismantle this world we've built, and not hold this up as some laughable and ludicrous "proof" that the system works, that it's time to rest, or that this moment is some sort of turning point. 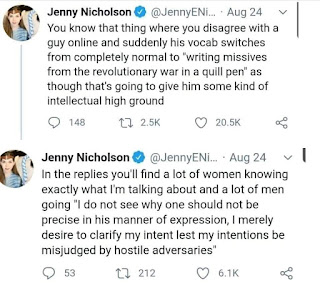 Isn't it amazing watching the "Just let the justice system do its work," crowd suddenly have an intimate knowledge of all its shortcomings.

It's almost like—bear with me here—there might be something else at work. 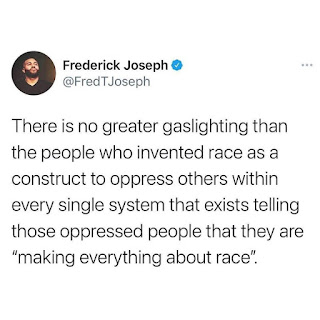 If you want to play that game where a stone-cold racist takes advantage of your good faith and walks you around the block five or six times with that "you can't prove I DON'T believe it" shit…..because you can't absolutely look into their soul of souls and prove their constellation of just-happens-to-have-totally-racist-outcomes race adjacent positions isn't TWUUUUUUUWY forged in the fires of racial animus, you go right ahead.

I've done that walk a few hundred times and I know the whole neighborhood and I'm getting too old for this shit. I just call them racists and watch their face turn that delightful shade of purple. 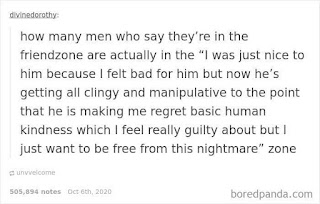 You know, I've had "really hard jobs" before but they all involved consequences for my failures. I cannot think of a single job I've had where if I failed so badly that I actually broke the law, I would then be protected from the consequence of even having to be arrested, charged, and tried––never mind not being fired on the spot.

Today a major chunk of the police force of Atlanta is basically saying that none of them will do their jobs if ANY of them should ever face so much as due process for extrajudicial murder....ever. (Also a classic echo of the "Fine, I'll just leave" abusive response to having bad behavior so much as pointed out.)

With a few exceptions, the. ENTIRE. Force.

But sure, let's talk about how these bad apples are so, so few. 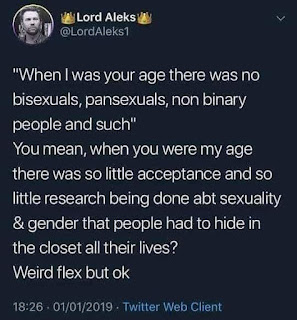 My younger years were marked by a number of emotionally abusive relationships, and one of the things I noticed as I was getting therapy and getting better is that people on the outside who were enabling that abuse would often deconstruct a moment that had happened at the height of my frustration and anger and desperation.

When I was younger, it was a slammed door or raging tears, but as I learned that my emotions would be used against me, and that I had to shut them down, it might only be a raised voice or a badly chosen word. But the point was, it was always something. THERE WAS ALWAYS SOMETHING I HAD DONE IMPERFECTLY.

These people would ask why I had done that, ignore the entire context leading up to the moment and say, "Well, no WONDER they were upset," and use that moment to disregard the entirety of the abuse. To their minds, unless I was the perfect victim (which I could never ever ever EVER be by their rubric), I had to go back to the abuse and further endure it.

I think about this a lot when I see white people arbitrating that civil unrest means the entire struggle for equality is nullified. White supremacy is abusive, but white complacency enables that abuse. 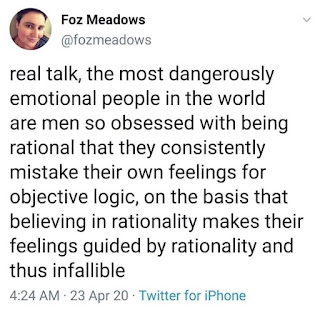