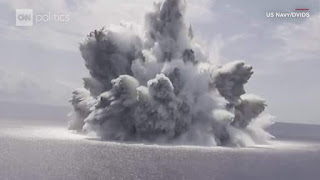 [Quick reminder that I will be taking a vacation next week and there will be NO official blog entries (though I'll be working, so Patrons might see some stuff going on behind the scenes). Social media posting will also be sporadic and light. Any posts that go up will be reruns.]

New schedules, upset tummies, and love. Is it possible to keep writing through all of it? Last week was a massive upheaval that broke a fragile new writing schedule I'd JUST established, and as always, I will take the woeful tale of my massive failure and spin it into some plainspoken advice—both from a working writer and someone who's been doing this a LONG time.

No matter how much writers post "hashtag accountability" or have writing friends or groups, get pestered by hardass agents or editors willing to take on the drill sergeant aspects of encouraging them, or maybe even ask our good friends to show up in leather gear, holding a riding crop, and telling us that we've been bad for not writing enough (um….even though that's not exactly a deterrent to procrastination and…you know what, let's move on), ultimately every writer has to develop an internal locus of motivation. And the reason that so much of many writers' frustrations are because they cannot find the magical way to simply….make themselves sit and write (and also the reason a suggestion as wild as "practice daily both for discipline and the craft on this thing you want to be great at" is met with such virulent hostility) is because this is incredibly difficult.

Most people have bosses. They have clients. They have folks who will ride them (and not in the fun way) if they stop doing their jobs. They have external loci of motivation. They will get immediate feedback if they don't fill out their TPS reports. Most people have someone who arches an eyebrow even if they spend too long around the water cooler. And even a lot of people who are self-employed or work in some kind of situation where they don't have a bossy boss, have some sort of direct feedback

Artists don't get this. Even the ones who will eventually stop getting paid if they stop making art have to find ways to be their own boss and….um….ride themselves.

We reinvent ourselves a lot. We try out a new schedule. ("Now I'm going to write at nights!") We recommit a lot ("From now on more shenanigans, no more tomfoolery, no more ballyhoo!") We change the goals a lot. ("Okay I'm just checking FB too much, so I'm switching from six hours per day to ten pages…no matter how long that takes.") If you think we land on one answer and that just never needs tweaking….excuse me while I laugh like I'm watching a first season episode of New Girl.

So we must pause here for a moment just for background. Your intrepid (and devastatingly cute) blogger is in love. The kind of "in love" where you dewy eyed run into walls and you have a pavlovian reaction that you are going to burst from emotion even when they send you a selfie….even if they're asking if they have anything in their teeth. But also the kind of love where you look up from a pleasant mind wander and it's three hours later or you catch yourself saying "I miss you already. I know we have plans Saturday, but what are you doing later?" The kind where it's just a little hard to focus on….um….ANYTHING ELSE and even though it's delightful and usually met by giggles by everyone around you, you kind of find yourself dropping the ball on at least a couple of things that matter.

Because you know…your mind is kind of on other things.

Okay, now let's ALSO realize that I made some bad habits over the pandemic that I'm still working on cleaning up. A serious case of not taking my own advice. My "scheduling hygiene" grew incredibly slovenly during the pandemic. I could just put things off until a weekend (when I only had one four-hour time commitment) or until an evening when I was always home alone anyway. Because that was the lonely reality of my pandemic—I had nothing else going on.

So my writing time oozed out and took over the whole week. Sure, I could stay up until 3am the night before and spend two hours lounging around in bed the next morning because I could just work until seven or eight that night. I could let my writing sessions dribble in with too much Facebook because I'd just go longer on the other end. I would say yes to every Facetime call, social Zoom meeting, and online game because what else was I going to do?

You can already see these two trains accelerating towards each other, right? Now if one leaves Tampa travelling at 70mph……

It's been a tough transition getting back. I think it's been tough for all of us because we don't really know the full extent of the collective social trauma we just endured, and way too many people think it's just going to be an "everything's back to normal" reset button. (Complete with being entitled dillwankers with folks who are showing the slightest reluctance.) But I've had some extra tough dynamics. Not only am I sixteen months behind on some serious rest (working 60-80 hour weeks during the pandemic), but the phase-in of the other nanny took some time, and my "eyes are bigger than my stomach" when it comes to realistically projecting what I'm going to be able to get done when I'm working 15 hours a week at my other job instead of 25. For some reason, I think that gives me an extra 20 hours.

Probably because I took math for liberal arts and my final project, for said math class, was an oral presentation on fractals.

The end result is that, while things are quite a bit better than—say—last November (right smack in the middle of the full fury of the pandemic), it's still going to be a while before we're back to pre-pandemic productivity. And the kids I nanny for might have to be back to school in fall before I can think about pre 2016 output.

Enter love. No wait….that part is absolutely spectacular and breathtaking in all the right ways. Enter love's impact on a schedule I'm holding together with spit and bailing wire and trying to make accomplish way more than is possible, especially considering that I'm letting my work ooze out all over the place.

So then I started dropping balls and missing deadlines (self imposed, but for a perfectionist like me, it still stung), and realizing that the whole thing was going to implode if I didn't do something quick. So I did something quick. I puffed a cigar like Hannibal from the A-team and loved it when a plan came together (preferably a plan that doesn't involve biscuit grenades).

And so I came up with a plan. I could have it all—dates, time to myself, even a robust writing career—if I started treating my writing time with the utmost integrity. If I started waking up at a proper "dayjob hours," knocked out a workday by four or five, and kept evenings to myself. It could all be mine! 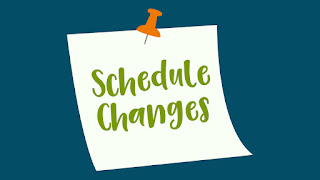 On day two of my new schedule, I got sick. Technically I got overmedicated for a minor gastrointestinal issue but the end result is about the same. I was very sick for a couple of days and you do NOT want details.

I don't know about you, but there's almost nothing I hate more than when something legit uncontrollable goes wrong in that first moment right as you're getting your shit together. It's like when you finally realize you're not leaving for work on time and that's why you're always late, then you leave ten minutes earlier and this is going to be the start of a new chapter, but there really IS an accident. And your boss is like "It's. always something," and gives you that LOOK. And you're like "BUT THIS TIME I REALLY DID LEAVE ON TIME!"

Um…this is a really specific example. I may have some baggage around that job at Magic Mountain.

Back now (although it's just this week, and then I'm on vacation), but the new schedule really IS working. It's just a matter of pushing through bullshit. It's not a sign to give up. It's just a little bit of lost momentum at a dreadfully inconvenient time.
The "lessons":

1- The first thing I want you to notice is that professional writers screw up. Often we manage to hit external deadlines and OVER TIME, we accumulate enormous bodies of work because we don't make excuses day after day for not doing anything, but we are not machines. Not every week, month, even year (as this last 16 months have shown us) are created equal.

2- Writers are constantly reinventing themselves and their writing time. "Okay, this time, I'm really really gonna be the productive dynamo I want to be." Constantly. We do not simply pull this shit magically out of our asses and ride the unicorn jizz rainbow to 2500 word days. We have slumps. We start over. If you catch yourself doing this, it's not because you're not "really" a writer or that it would just….WORK if you really wanted this. It's absolutely normal, and for many of us, part of the process. We don't have bosses or clients, so sometimes we have to find a constant stream of novel ways to fight our inclination to be lazy when it's not all pixie orgasms and furious, late-night, Adderall-fueled benders.

3- Shit happens. Shit MIGHT even happen the day after you boldly reinvent yourself because you notice you're fucking up, and make you feel like a complete failure. And you just have to stand up and dust off and keep going because there's no one outside of you who is going to say, "Hey pal. What's happening? Yeeeeeeaaaaaaaah. Listen. We're going to need you to kind of….bring it up a notch if this is going to stay a good fit. Let's circle back to this in a bit and synergize some solutions, okay? Yeeeeaaaah. Thanks a bunch!" It's on you. But don't worry. A writing career is like your oral hygiene: it's how often you remember to floss OVER ALL, not the one missed day that you should be worrying about.

4- It's okay to fall in love. In fact, I kind of recommend it. You'll be able to at least get a day of work done again in just a few weeks…even if the pleasantly running into walls part lasts for a while.