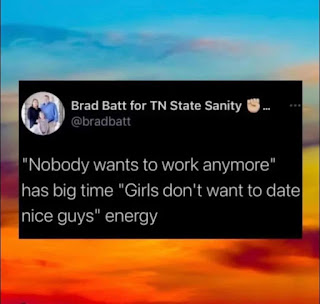 By October, I was starting to deal with the all the tests and procedures that would eventually lead to a colon cancer diagnosis. I was still getting adjusted to living in a new place with some kids who were not entirely sure quite what to make of the new person in the house and still having trouble finding my writing time. And yet…a few gems showed up.

Here is a collection of the BEST statuses (and a few of the most popular memes) from my public Facebook page over the period of Oct 1st-31st. (You're welcome to follow me there to see the not-quite-the-best ones, but read up in the Facebook FAQ [last question] if you want to send me a friend request.)

The ACA is about to save my life for the second time since I signed up for it, so I'm absolutely going to have skin-in-the-game feels when you tell me there's no point to voting or both parties are the same or that you're SO leftist that there's no such thing as harm reduction.

There are some people's views on political non-participation that I grudgingly respect-but-disagree-with particularly among certain demographics, but those who look at the same proletariat they absolutely need (if that revolution they talk about is ever going to happen) and sneer at their lives, livelihood, and health as beneath their concern just make me have complicated feels about BEING a leftist. 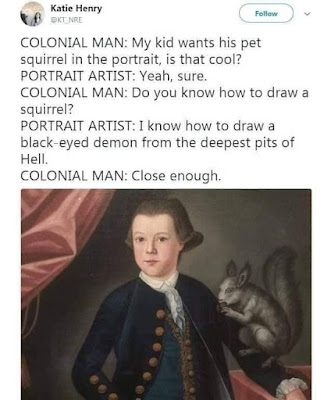 As a literature major, a science fiction fan, a staunch feminist, and an anti-colonialist who has actually studied postcolonial literary tropes, my feelings towards Dune are pretty much forever going to be….complicated, no matter how good the soundtrack or acting are.

Yes, this is foundational sci-fi. Yes, I know the source material well enough to see Herbert falling into cultural assumptions even as he challenges others (kinda). Yes, it isn't as simple as bad portrayal/good portrayal.

But it is literally one of the original "white savior" stories (even if it's not quite as bad as Avatar) with a group that is a barely disguised analogue of "desert people sitting on a precious resource the civilized folks need." One of the major plots of Dune is a group of uber-manipulative women who dedicate generations of their power to creating a more-powerful-than-them messianic dude while all the most powerful and interesting women in the story are in some way subservient to men (their Duke, their chosen one, etc…)

Oh, I'll see it (oh yes), but my problem isn't EVER going to be how faithful the adaptation is or how well done the effects are. We just get this one story over and over again. I  wish we got a version of A Small Place every decade or so. 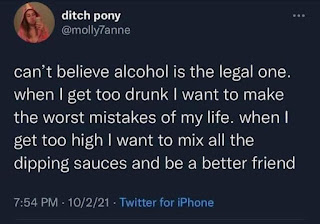 Back in the very early aughts, I worked as a manager at Old Spaghetti Factory, and for a hot minute I was also moonlighting as a server at Marie Calendars.

After a couple of months, I was really burnt out from working 75-(or more)-hour-weeks in food service, and I gave my two-week notice at Marie Callender's . I sort of hoped I might be able to come back during busy seasons to make a few extra dollars or have the possibility in the wings of another place I could serve if I went back to serving full time. (I was beginning to suspect at that point that I did not actually like management very much.) The general manager pulled me into the office before my shift to make sure I knew that he would never hire me back.

Me: "Even though I've given you notice and time to replace me and I'm trained and I like it here and all your managers love me and I WANT to come back?"

GM: "I just don't like people leaving. I'm not going to hire you back."

Me: "Well, I guess if that's your position, there's no real reason for me to give you two weeks."

Me: "I'm really burnt out. In fact, I think I'll go home now. Good luck with all my shifts. Especially today."

GM: "This is really unprofessional."

Me: "Yeah, it was! I couldn't believe you did it. Normally, I would never do something like this, so that I could stay in good standing. But your lack of professionalism makes me think why bother."

Me: "I manage at another restaurant. I'll use them if I need a reference for my employment during this period."

GM: "You should know better than to pull this shit, Brecheen."

Me: "Honestly A_ _ _, YOU should know better. I would never treat an employee like this who gave me the professional courtesy of a full two weeks, and might be able to save me a few hundred bucks in training a new employee when they came back. Good luck."

I like to imagine he was the reason that particular Marie Callender's closed up shop just a couple of years later. But more relevantly, I think about this story a lot lately when I see people taking FAR less shit from their boss as soon as they have an alternative that isn't starvation. 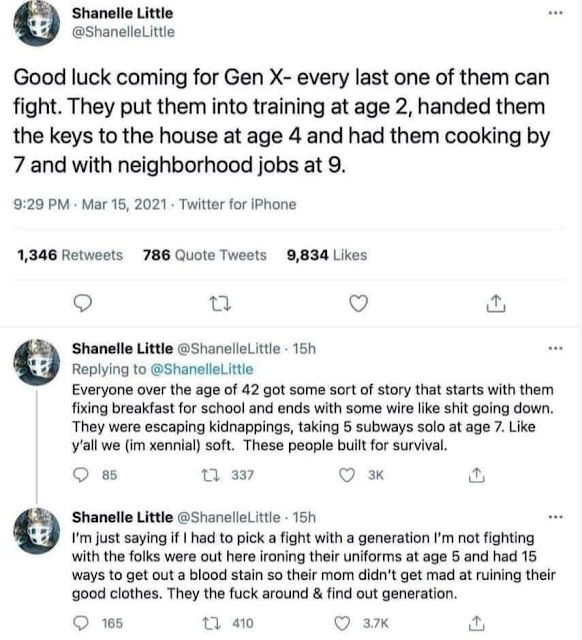 I really need bed reviews to include a category for how well they stand up to a pounding. Like are they going to squeak like all hell? Fall apart the first time you try "The Pile Driver"? Shift around the room? Is some important part going to break off every single time the frame thwacks against the wall?

These are the real questions. 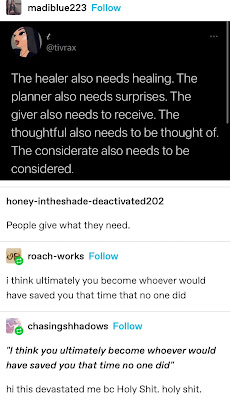 I don't know how to tell you this kindly, but just the fact that we disagree on whether or not spending one Tuesday afternoon a year engaged in the harm reduction of trying to ensure that the people who govern us will either be "disappointing capitalists who know that the political will doesn't exist to do everything leftists want to do" or "literally fascists who write policies designed to harm us" does NOT make me a centrist.

It does NOT make me a centrist.

I don't know how to tell you this, but when you say Democrats are just as bad, you've told me that my life (saved by the ACA) means nothing to you. And to how many others—who you are going to need for your vaunted “revolution”—are you sending the same message?

My politics are what makes me a leftist, not my opinion on the praxis of voting. Your assumptions of my leanings are just wrong. I'm usually further left than the very same people up in my face telling me that my vote somehow makes me a centrist. And frankly, you're fucking insulting in your purity dogma…..in a way that a political ideology that CAN'T win an election doesn't have the political clout to be. This is why no one in this country takes leftists seriously.

I’m right next to you 364 days a year building parallel infrastructures, protesting, and writing about what total fucking tools mainstream Democrats can be.

But I'd like people alive and not putting every resource they have into panicking about their health, livelihood, and safety while we try to win their hearts and minds. You may not agree about the way to get there, but that doesn't make me a centrist.

Email ThisBlogThis!Share to TwitterShare to FacebookShare to Pinterest
Labels: Compilation