On The Altar of Writing 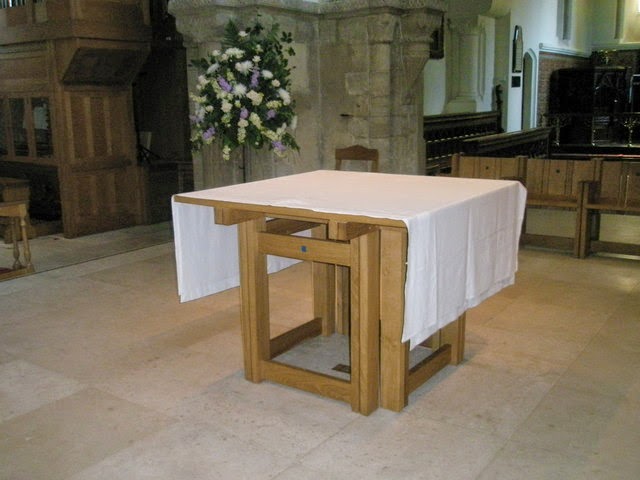 I'm not sure I'm going to teach next summer.

I got a donation from one of the Patron Muses a couple of days ago, and I realized there are like six thank you notes I'm overdue to write. Even though I had a reasonably relaxing weekend filled with some Skyrim and Fallout: New Vegas, the guilt came crashing down on me as soon as the OHCRAPTHAT'SADEATHCLAW(BUT I DIDN"T DIE) adrenaline wore off. I am so behind that even CB the Red Caboose from Starlight Express has stopped singing songs about how he'll be there if I turn around.

I like teaching (though I like teaching college students who want to be there more than tweens who would rather be anywhere else) and I even enjoy my little budding reprobates who drive me to sniff glue. The money is great, but I don't really need it.

And that's the rub. And not the good kind of rub that you're excited to get in an empty BART train from that special someone.

When I compare the several hundred dollars I'll end up with by the end of the summer with the damage that has been done to my writing schedule, my sleep schedule, my posting schedule, and my general peace of mind and stress levels, the ledgers are just not equal.  Before The Contrarian I could do six weeks of barely getting by, firing up my S.W.O.M. Engines (Second Wind/Oil of Midnight), but now–even with S.W.O.M. engines running at full power–I just can't keep up. I am constantly behind on writing, chores, everything.

I mentioned this to The Brain and she flickered the lights disapprovingly (she was plugged into the AI of The Hall of Rectitude at the time, and please don't ask me to explain what disapprovingly flickering lights look like). She told me over the intercom that it was too much money to give up on.

"But what about your retirement?" she said.

"What about my writing?" I countered. "I mean I'm sort of hoping that writing and retirement will dovetail a little, and my Hall of Rectitude cleaning stipend is mostly in sexual favors, iStuff, and Tim Tams, but I do get some cash. You're talking about tanking my writing utterly for six weeks a year so that I can make about six hundred dollars."

"That money could fund The Hall of Rectitude. We need a new holo-emitter since Wrecking Ball trashed the one in the training room."

(Ever since that fucking Miley Cyrus song came out, I swear to fuck! We get it, okay? You came in like a Wrecking Ball. You're very fucking clever. FUCK!)

We could always use more money, of course. The Hall of Rectitude is fairly swank but I just live here, and Writing About Writing has only just cleared $1000/year. Plus, as comfortable as we are, we're only the North Oakland chapter of Heroes for Rectitude, so we lack a playboy billionaire trope to fund us. There's always a holo-emitter on the fritz, body armor that needs an upgrade, a crackly P.A. speaker in one of the storage rooms, or some Krav Maga class we should be taking. And the sidekick 401k plan is a joke. I mean the superheroes get full on pension plans, but I'm treated worse than adjunct faculty in the Humanities.

Crime fighting is a labor of love, lemmie tell ya.

At what point, though, do I draw that line. All the reasons I don't manage restaurants, teach more than one class a semester, or get a "real" teaching job are all still there even during these six weeks out of the summer, and if I'm going to have to write in breathless catch-as-catch-can spurts for those entire six weeks, I'm not altogether sure that the dollar amount is worth it.

James Barrie wrote, (in Peter Pan): "You can have anything in life if you will sacrifice everything else for it." It's a poignant quote when you're dealing with the non-Disney version of a story about a boy who won't grow up and forever retains the selfishness and self-centeredness of childhood. (Incidentally, if you really want to delve into poignant, the "boy who won't grow up" is also about Barrie's brother who died in an ice skating accident and would forever remain a boy in his mother's memory. How's that for fucking up your jocular Bobby Driscoll images.) The quote's context is literally making wishes magically come true, but given the themes of Peter Pan, its subtext is undeniable.

While I have my problems with white men saying "you can have anything" in general, I do know that all writers talk about the trade offs they have made–the things they gave up to be a writer. Like most careers, no one made a fortune being a weekend warrior with it. No writer seems to believe that they can do anything, but all have sacrificed something (family, social life, money, something) onto the altar of writing.

With most time sinks, the writer's question isn't "Is this conceivably useful?" or "Could this ever possibly be beneficial" but "Does this match up with my priorities?" and "Could this time be better spent?"

As I consider the implications of next year: a toddler in the house creating catastrophic levels of entropy and needing more active engagement (and ~gulp~ fewer naps) than the baby, plus the fact that I'd like to be stepping up my writing schedule to the next level, I am honestly not sure if I'm going to want to keep teaching.

But in the meantime, two more weeks.  TWO MORE WEEKS. Twomoreweekstwomoreweeks!
at July 15, 2014