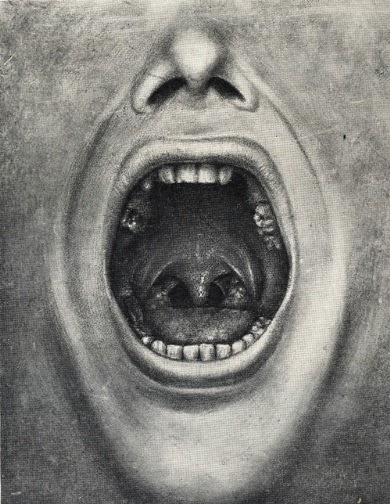 Yesterday was the last entry consumed by Project Sanity. I meant to write overdue thank you letters to patrons, fix a couple of menus, and update the Cast and Crew with it's latest character, OG. Instead, I ended up on the business end of one of those uber-naps that starts out innocently giving the cat some scritches and ends up with you waking up four hours later wondering what time zone you're in, and the cat is looking at you like The Emperor from Star Wars and meowing "Good! GOOD! Give in to your lethargic feelings. The sleep is swelling in you now."

No problem, right? Just get to it after the nap, right?

Then everyone and their brother started crawling out from under the stairs and air vets and up through plumbing to try and get me to do things. Unsupportive Girlfriend scheduled a lunch with me but then got angry when I said I had work to do afterwards. Fortunately after a few bites of food she must have slipped off while I was looking away and Supportive Girlfriend showed up who was much more understanding and enjoyed my company but knew I had to get to work when we got home.

So I could just do that stuff when I got home, right?

People started crawling out of the woodwork to get my attention, since I finally had it to give. They came through the plumbing and out from under the stairs. They even started squeezing through the air vents.

I'm not immune to the effect of people not respecting my time as a writer. I just usually pack a flamethrower and flash my crazy eyes. Today I left Bessie (that's what I named my flamethrower) at home. But it doesn't matter. I have serviced the auto-tracking 50 cal dual machine guns (like in the Aliens movie) and set them up outside the junk room that doubles as some Macgyvered office space. Because if a writer doesn't respect their writing time, sure as shit no one else will. Today I write!

I want to thank everyone for sticking with me through the madness of these last six weeks. I don't like shirking my writing commitments, but with the kid and the housework and the lack of domestic ninja backup, it was just too much.

Writing About Writing will hit the ground running today. Back to five or six updates a week and "brunch posts" many days. We will get back onto the update schedule, and now that time management is combined with finding sea legs in the baby routine and the unimaginable time boon of not teaching summer school, I plan to get back to quality articles and even fiction.