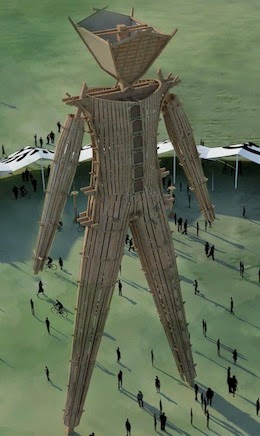 I'm home from Burning Man, which means I have showered, eaten something that wasn't pulled out of a cooler and sniffed to see if it had gone off, and slept blissfully in my own bed, but it doesn't mean much more than that. I still have to unpack, and the Hall of Rectitude has four days worth of messy super heroes to clean up after.

But when it comes to my readers, I just can't quit you, so I pause in the process of the massive de-dusting and catch up to give you a quick life update.

We'll kick back up Writing About Writing's update schedule in earnest starting tomorrow.
at September 01, 2014