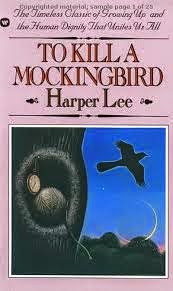 What is the best Stand Alone Y.A. Book?

Our September poll is live!

I knew Y.A. was going to be popular, but I had no idea. Though I was playing with the idea of only accepting nominations with two or more "seconds," the inner council summoned me into the sanctuary room and from their shadowy silhouettes, dictated to me that I was to run a semi-final poll out of all the titles that had gotten a second.

This means the poll proper will run into the nomination part of October. I'm hoping we can all come together and handle such insanity.

No series made it without being seconded. There were some good ones suggested, but they just didn't have any support. Given the popularity of this poll, I'm sure it will come around again in a year or two, so remember that badgering your friends into seconding your nominations is always a great idea.

There's been some umbrage with some of the titles here–either that they are too young or too old to be "proper" Y.A. fiction. Remember that I err on the side of inclusive rather than pedantic.

Disclaimer: This is a vote on the BOOKS. Fully half these books have been made into movies, but this is not a question of whether you liked Gregory Peck more than Judy Garland.

The first round semifinals (This next week)

Perks of Being a Wallflower Stephen Chbosky
Ender's Game Orson Scott Card
A Tree Grows in Brooklyn Betty Smith
The Wizard of Oz L. Frank Baum
A Christmas Carol Charles Dickens
Glasgow Fairytale by Alastair D McIver
The Lightening Thief Rick Riordan
Anne of Green Gables Lucy Maud Montgomery
To Kill a Mockingbird Harper Lee
The Graveyard Book Neil Gaiman
Beauty: A Retelling of the Story of Beauty and the Beast Robyn McKinley
Are You There God? It's Me, Margret Judy Blume
The Outsiders S.E. Hinton

Second Round Semifinals (A week from today)

The poll is at the bottom left of the side widgets. It's long and black and we've already made all the jokes about it that can be made. Everyone gets five votes. The top five books will go on to our final round.

While you can take all five votes, there is no mechanism for "ranking" your votes, so you should really only use multiple votes if you can't bear to choose fewer. Each additional vote you take dilutes your best choice. Also, I'm only going to run these semifinal polls for one week each, so they will go VERY quickly. Be sure to vote right away.
at September 18, 2014