No Apologies! A Defense of Why Speculative Fiction Needs No Defense (Part 7) 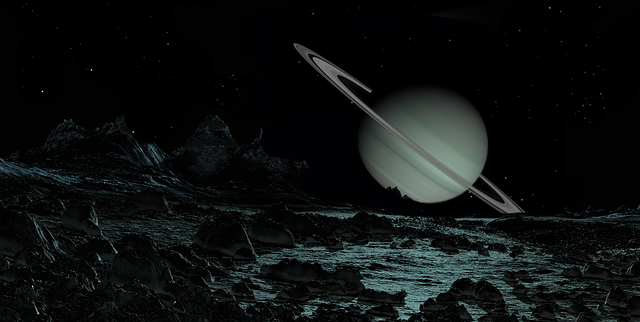 What ignites our imaginations isn't realism. It never has been—not through the recorded history of our stories, and all we know about oral tradition.

What ignites our imaginations is that which is just outside our experience. Something rooted in what we know, with just a tiny bit beyond the pedestrian. The power of metaphor, allegory, and parable drew authors of the past and draws authors of the present time and again to write outside the realm of the banal. It is the ability of speculative fiction to bring fresh life to age-old philosophical questions and engage in social critique that gives it such strength.

We learn in reader response theory that no author can avoid a reader coming to the table of their fiction without pre-generated thoughts and feelings. This is more important in the age of identity politics and globalization than ever before. Confirmation bias and disconfirmation bias constantly get truly quality works of literature disregarded because of their message, themes, or even criticisms.

However, through speculative fiction the themes and relationships and characters and IDEAS can be explored “under the radar” of prejudice. A reader may not realize that the forbidden love between elves and humans is an allegory for same sex relationships. They may not realize that the criticism of class issues and the propaganda of meritocracy that exists in this lunar colony is really a critique of the U.S., even if a direct criticism would have slammed their patriotism-addled minds shut to the concepts by page two. The issues, the inequities, the emotions can all be explored without encountering the preconceptions of the reader. And even when such an allegory is blatantly transparent, it somehow still has power as an abstraction to inform—as a long and full history of the use of metaphors to make points clearly illustrates.

Lewis Carroll’s criticism of Victorian society wouldn’t have been nearly as interesting if not seen through the eyes of Alice or written up as expository essays, or perhaps a “realistic” tourist through the world of Victorian idiosyncrasies and political failings—indeed Carroll may have ended up a fair bit shorter and in little need of a hatter himself after such a work.

Shelly’s warnings of science’s proclivity to rush ahead without consideration for consequence would not have been as engaging without a monster in it.

Or had we forgotten that Orwell liked to write fantasy and science fiction when issuing the blanket statement that “genre is not real literature”?

My point in playing the Star Trek TNG clip in the previous section was not to show how great Star Trek was or how great Data was or how great that clip was, but to illustrate the strength of speculative fiction. If anything the clip suffers from The Next Generation’s habit of getting a little too preachy when the music starts and Picard begins his didactic-a-thon.

In the TNG clip however we can see several implications and ideas being explored, not just about possible morality surrounding our ongoing development of artificial intelligence, but also about what it means to be conscious, what it means to have a soul, and why we are sentient. It touches on slavery and exploitation as deep issues of social and cultural morality. All because Data wanted to resign. That is the power that speculative fiction brings to the table--a power that is idiotic to ignore.

If “genre” is going to mean “bad” within literary circles then we have to stop assuming something is genre until we have established its quality, and that judgment must come without regard to a quantum laser, a superpower or prominent canines.

In either case, the conversations within the literary community must shift from the mode of storytelling to the effectiveness of the storytelling, and the prejudice against certain elements must be rethought. The alternative is to face an increasing backlash from the speculative fiction community who are upset that they can’t get a fair shake—and who have absolutely every right to be so. Further, the sneering genre-bending by today's avant garde will make such classifications increasingly meaningless mostly because (as has always and ever been the case with academia in the arts) the Ivory Tower doesn't seem to realize that it IS the establishment that modern artists seek to upset.  The dismissive attitude of the literary community to a work, simply because it contains a speculative element (and conversely to shelter the "literary" speculative fiction from the label), must be exposed as nothing but baseless prejudice and rank elitism…and breathtaking stupidity.

I want a world with good, well-written speculative fiction.

I want speculative fiction that engages in subtext and lives up to its potential as an art form with artistic integrity.

I want to talk about what is effective without a prejudice about what “counts,” and let what counts (or not) speak for itself.

I want a world where literary voices are hard on the settings of some authors that add nothing to the story—but that they do so without regard to whether that setting is a starship, a castle, or a rehab clinic.

How much better would a writing teacher be to engage a student with the idea “that dragons historically symbolizes some human failing that your hero needs to slay,” rather than to simply, flatly demand its removal before proceeding. I want instructions (and instrucTORS) that concern themselves with craft rather than content. I want to discuss fiction, irrespective of its hasty generalization into some pigeonhole.

Further, I want the lit sommeliers of the world to get their heads out of their collective asses and realize that it is not speculative fiction, but literary fiction that is the new kid in town. It is literary fiction that needs to work on its street cred if it wants to be anything but a joke (outside the ivory tower), and that they can’t just dismiss the most powerful storytelling medium of recorded history just by sneering through their monocles.

Speculative fiction is the giant talking Ents that roam the forest where our sommeliers are standing, even as they casually discuss how forests are inferior. Perhaps it is time for them to look around before the Ents grow too irritated with their nonsense.

Forest...trees...you get the precise idea I'm trying to convey about backlash and consequence and seeing things for what they are and how such hubris might be part of the human condition...even though the metaphor has talking trees in it right?
at September 14, 2014