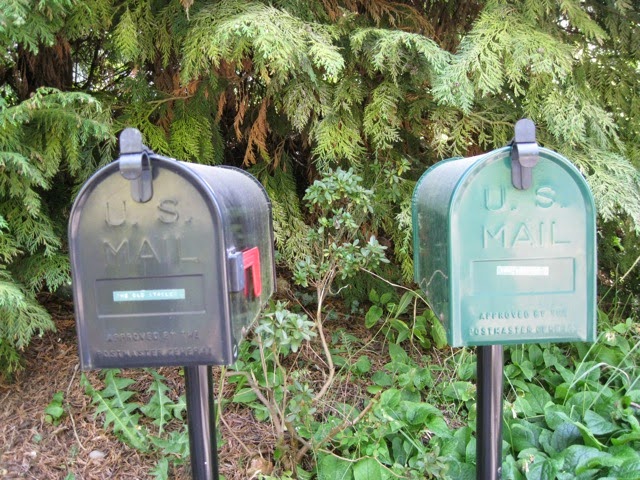 [Remember, keep sending in your questions to chris.brecheen@gmail.com with the subject line "W.A.W. Mailbox" and I will answer each Friday.  I will use your first name ONLY unless you tell me explicitly that you'd like me to use your full name or you would prefer to remain anonymous.  My comment policy also may mean one of your comments ends up in the mailbox. Long questions are awesome because they make short answers still seem like a full article, and I am very lazy.]

I was reading the article below and wondered if you had any thoughts on whether a story can be both character and action driven?

I'm writing a 'team' type story, and while trying to avoid the cliche's that come with that, I am also trying to stay true to the fact that each character comes at problems differently. Some characters go on instinct, which seems to require an action driven scene, while others are more character driven, but I'm not sure if 'genre rules' give much room for that.

Can a car chase even be character driven?

Who else would be driving?


Okay, Luna, take some deep breaths because it sounds like you're worried about a non issue. This is the kind of crap that has been brought to you by the monocle-wearing, brandy-drinking "real art" snob motherfuckers who have spent their entire cultural existence being wrong about what history would canonize as good art. Right in their wrong faces.

The problem with this dichotomy–character vs. action (sometimes called character driven vs. plot driven)–is that it's a false dichotomy that is set up by the "Literary-fiction-is-real-art" crew to try to explain some of their baser prejudices against speculative fiction. Unfortunately there aren't "rules of genre" that cover plot vs. character and there are tremendously good examples of character driven genre stories.

Who the fuck cares about what these fossils think makes for good literature? Lit students and other fossils, that's who.

First of all the article. The article is pretty good, if a bit unfortunately named. It does seem to actually acknowledge that character vs. action is more of a continuum and that an author may lean one way or the other, but that both skills are important to a good author and that the best authors know how to do both. Think about the best authors you have read? Did they lack cohesive plot OR compelling characters? No, of course not. You need both. And there's some good advice about how to punch up plot if your story is just swimming in interesting characters but nothing seems to happen or how to deepen your characters if you're just having an ensemble move from one event to the next.

As far as instinct and an action driven scene, or the "rules of genre," I think there's some confusion about what is meant by "action." This doesn't mean action like the genre of movie called action where someone jumps from a car to a helicopter and punches out the pilot before a big explosion so that they can disarm the bomb that's going to blow up Los Angeles. That's a different meaning of "action." In this case, it just means any kind of story generation that occurs from outside the character. The characters are reacting to external events rather than pushing the story forward with who they are.

Let's look at two zombie stories–you can't get much more genre than that.


Story one involves six survivors. They are stuck in an apartment complex. They are constantly being surprised by zombies and ending up in fights with zombies that jump out at them. A couple of them die, which is troubling to the rest but they get over it quickly in the next attack. They end up stumbling upon a gun lover's apartment who readily joins them, they end up armed and decide that they have to leave the complex to go find help. They get a big truck from the carport downstairs (after fighting the zombies down there in a battle that causes a multi car explosion that kills another one of them), fight their way out of the complex, one more dies on the way out, and the three survivors drive off into the unknown.

Typical story. The zombies might have some very interesting canon explanation. Maybe the fight sequences are very well described. Possibly this story might have a lot of people who like it as a fun romp. But notice how the characters are just reacting to their environment. Everything that happens, happens TO them. Even the guns they find, they just stumble upon accidentally. Except for the decision to leave, they aren't really moving the story. The story is moving them.

Story two also involves six survivors. Two are brothers named Dam and Seen who are roommates and are devoted to each other. Three others are in a love triangle (one woman, two men very jealous of each other). And one is a woman who is always trying to prove herself as just as capable as men. They are also stuck in an apartment complex.

There are a lot of fights about what to do and how they're going to get out of it. These fights are furious yelling matches. The brothers want to wait for help, each fearful that the other will get hurt. The two men fighting for the woman's affection are clearly wanting to seem proactive and brave to impress her, and the woman who wants to prove she's better than men seeks to up them. As they all end up trying to one up each other's bravery, they take more and more chances. They end up in fights with zombies but only because they keep poking around in empty apartments and dark corners to show that they're not afraid. At one point during a fight one guy in the love triangle has the opportunity to save the other guy, but doesn't (because then he'll get the girl). Guy two dies. The woman trying to prove herself goes into the indoor pool area and ends up followed out by several zombies. The brothers end up helping her, but one of them is bitten and turns into a zombie himself. Brother two can't accept this, and ends up defending the zombie. They strap it to a bed and a lot of tearful scenes happen where they try to talk to brother two but he won't listen. Meanwhile the woman (who has been dropping hints that maybe she knows what happened to her other suitor) and the surviving suitor have a sex scene where they end up finding a nest in their quest for privacy. They barely escape. And the woman who is trying to prove herself goes looking for useful shit in empty apartments and finds a survivalist guy with guns who at first tries to keep her from going back to the group. He turns out not to be a creepy rapist, domestic abuse, scary survivor type but just a dude who loves guns and knows that the more people are trying to survive, the more attention they'll attract. He also wants to wait. Grudgingly he agrees to help her and her group, but it all goes wrong when he finds the zombie strapped to the bed. Oh HELL no! He and the brother have a fight (fists and everything) over zombie brother's fate. While they do this the woman who the two guys were fighting over quietly kills the zombie brother with an iron spike to the back of the head. Brother two is simply beside himself with rage. Now it doesn't matter. Nothing matters. He starts taking stupid chances to as long as he can kill zombies. After much furious debate they decide that they should go to a local military base. With one brother dead, and the other uncaring the main voice of "stay here" is silenced. They go down into the car complex. Zombies show up because they're all over the outside areas. A huge firefight ensues. Guns poke holes in gas tanks and brother two ends up running INTO a cluster of zombies near a bunch of cars in a pool of gasoline with a lit flare screaming about revenge. Boom. Now zombies are pouring in through the hole in the wall from the explosion. The four survivors give into a truck, but as they start to pull away more zombies show up and start swamping the car. They're being overwhelmed. The woman the two guys were fighting over pushes the OTHER woman (the one that's always trying to prove herself) off the truck to distract the zombies. It works. She and her lover and the survivalist drive away. The guy who "won" the woman has become disgusted with her, and the survivalist is pretty sure they've just signed their death warrant. Fin.

Same basic story right? But every single thing that happened was driven by the characters' motivations and choices. They basically killed each other (or themselves)–they just happened to use zombies to do it. In the second story, the characters are driving the action. It's always their choices and their motivations that are pushing the plot forward, rather than the plot pushing them. That is what changes a fun romp into something that could possibly be a really good zombie story. There's human condition, grief allegories, glimpses into the dark side of humanity, love. If this were written well, and the characters deepened further, it would probably become a very positively regarded contribution to the genre.

Without changing the basic structure, we made it all about the characters.  That's what character driven means. It has nothing to do with how many action sequences you have.


So if your character gets into that car for reasons that make sense, for reasons that THEY have chosen (rather than things happening TO them) and maybe they're a little bit of an adrenaline junkie or are desperate or their motivation is otherwise explained, then you can absolutely have a character driven car chase.
at February 23, 2015