How much traffic does Creepy Guy get? Do I do any panels or conventions? How quickly can you expect to make money blogging?  How do I choose which project to work on? What do you think of fan fiction?

[Remember, keep sending in your questions to chris.brecheen@gmail.com with the subject line "W.A.W. Mailbox" and I will answer each Friday.  I will use your first name ONLY unless you tell me explicitly that you'd like me to use your full name or you would prefer to remain anonymous.  My comment policy also may mean one of your comments ends up in the mailbox. I sometimes use FB comments as blog fodder too.]

In the interest of full disclosure, my seventy and eighty hour weeks (about 40 hours of househusband, teaching and then writing) have not lightened in over a month, so today I've decided to answer several much shorter questions and then dive into the kitchen with a football helmet on my head and a baby on my back.

How much traffic does your Creepy Guy article bring you these days?

My analytics say that Creepy Guy was 929 page views in the last thirty days. That's out of 46,600 and change. So without doing the slightest bit of math. roughly 1/50th my traffic. Overall it is 297,000 or a little over a quarter. I definitely owe a lot to that article, but I get traffic from other places too, especially these days.

Do you do any panels or conventions? Is there a way for a fan to meet you, and maybe get an autograph?

No one's ever really wanted to meet me. I'm not sure how to handle this. I need an oxygen mask and it might take plastic surgery to get this smile off my face. I'll try not to smear Nutella all over my body and shriek like the body snatcher guys, but this is a bit strange. You know I'm just a two bit blogger, and not particularly interesting in person, right? I don't even have a book I could sign. I have a friend who says he hopes he can be there when I get solicited for my first autograph from a stranger, but I assumed that was years off if ever.  [ETA Narrator's voice: "It wasn't."]

I go to a couple of gaming conventions here in the bay area, but I go to them as a guest. I'm not on a panel or anything. I buy a ticket and nerd out as hard as my limited social batteries will allow. While neither is particularly difficult to figure out (both are named in other places on this blog), it's not really a function I attend in a writer capacity. I wouldn't run screaming from someone I'd never met or anything, but unless you want to play in a Battlestar Galactica LARP, there wouldn't be much hanging out involved.

How quickly can I expect to make money blogging?

That's one of the beauties of non-traditional publishing. You don't have to work for years before you see your first paycheck. However, you won't be making a LOT of money right away, you will be making a laughable shit pittance. My first year I made $100. My second year I made $500. This year I made about $2500 (which works out to about $2/hr for anyone who thinks I've hit the big time.) In traditional publishing, you work for years to publish your first book and if your book is good and with a little luck, you maybe get a 10k advance on the next one (that's a pretty good new-author contract with a big five publisher).

Here's hoping my growth by a factor of five continues because I'm all about making 1.5 million in 2018.

How do you choose which project to work on?

Me personally? Right now, it's a fevered attempt to slam a blog post in the critical seconds between poopy diapers and post apocalyptic mountains of dishes and if (big if) I have a little time left over that isn't steam-pouring-from-my-ears venting of desperately needed alone time, I twiddle on one of my fiction projects I have had on the back burner for years. One of the main goals for Blog's fourth year is to carve out more time for non-blog writing. Even if I have to hire a professional housekeeper twice a week.

Tinkering with an idea just to see how it starts to shape up is something all creatives do, and sometimes those idea seeds flower into the most brilliant pieces of all, but really sinking your teeth into a project should involve a commitment to see it to its completion–whatever that means for the artist.

Otherwise, you just end up with a bunch of half done projects that you "weren't really that into anyway." If you tell yourself at the outset. "No, fuck you, self. This one I'm going to fucking finish!" you're more likely to get it done.

What do you think of fan fiction? 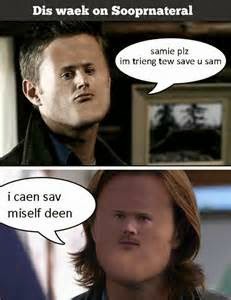 Looks like I'm going to piss off some lit snobs today, Lou. Ah well. It's a good day for it. The sun is out. The birds are singing. And I have a new package of Tim Tams with caramel in the center.

There are some valid criticisms that could be raised about fanfic. The quality of the prose is often a bit low, even for self-published work, to say nothing of a typical traditionally published book. The writer has borrowed characters and worlds instead of creating their own. Some authors like Anne Rice and G.R.R. Martin strongly dislike their worlds being fan-fictionalized and it's kind of disrespectful to do it anyway, especially when the author is still working on a narrative arc and fan fic writers are jumping the gun on the end.

However, I have to say that fanfic snobbery is one of the most confusing bits of literary disdain I encounter regularly. (And I encounter a lot.) It makes less sense than the unpublished snots who write me hate mail to inform me that even though I'm getting paid and read by thousands, I'm not a real writer. I really don't think people who sneer at fanfic (particularly unpublished writers) have thought this one through–even those bestselling authors who are so monolithic they seem to have the privilege of insulting those who are clearly their most loyal and rabid fans, and who are basically out there toiling for free to write commercials for their canon.

Look.....here you have a group who writes for the love of the story and for no other reason. They write for their own enjoyment. Without any thought of riches or fame, they create something strictly for other people to enjoy. Many of them develop the skills they need not only in craft but in process, creativity, voice, receiving and incorporating criticism, pacing, and revision which they might leverage against a future career but will likely simply use to become better at doing more of what they love. They spend hours, days, years working hard simply for the love of writing, the love of story. There's something incredibly unsung in that level of artistic integrity.

I'm not one of those people who thinks money sullies an artist. In fact, I told most of those people thank you and walked away the day I moved my tassel to the other side. But I also know that there are (many) quicker ways to make a buck than by writing. You could sell Amway door to door and make more money than by writing. So you better love it for its own sake first. And fan fic writers do.

In many ways fanfic writers are the most pure expression of what creative writing really should be about. They write because they love it and they write for the enjoyment of others. They find stories so compelling that they do what humans have done since we raised our upper forebrains and have continued the story...added to it...told it again in different ways, and even taken the characters for a walk in their own adventures. Fan fic has been around since the dawn of time. We used to call it "oral tradition," but even since written language, people have told stories of their favorite characters.

Modern fan fic writers have existed humbly in a world where you can own a copyright and make money off of sales, and sue people for infringement. They have thrived because you can't own the places that another human imagination runs with an idea. Kindle Worlds might change this a little for a few of the best fanfic writers working in legal canons, but for most writers, it will always be about the writing.

I think there's a lot of ways in which that sort of pure artistic integrity is keeping writers honest. Fan fic authors remind us why we started applying pigment to cave walls in the first place. Why we started telling stories. It's not about money or fans or groupies. It's because to NOT create...that is what kills our humanity.
at February 09, 2015