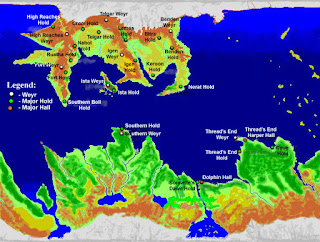 We got LOTS of nominations for best world building, so we're going to need to do a semifinal poll to see which will go on to the finals.

Don't forget that the Polldaddy program tracks the ISP you vote from for only a week. Since I can't stop people from voting twice, I might as well work it into the system. Vote early! Vote often!
at June 17, 2015