Christian Terrorism is a Story You Don't Hear 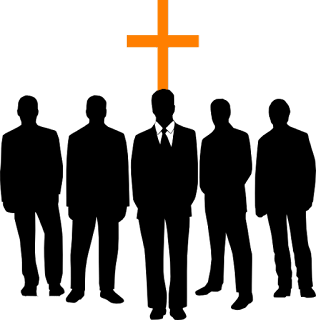 Even when a white male Christian shoots up a Planned Parenthood, shooting several cops, beyond social justice circles there won't be much of a major outcry against Christian terrorism. Some news might run pieces, but the backlash will be tremendous.

There won't be a critical examination of the toxic factors of white male culture. Harris, Maher, and Dawkins won't call Christians or white males savage, barbaric, or backwards. No one will say "hey, I'm talking about their 'suburban culture,' not their skin color, but something is making them violent by nature." Big tent atheists will not pontificate that there is something INHERENTLY more violent about Christianity that leads them to such deplorable acts. No one will demand that if there are any moderate Christians out there, they vociferously condemn the actions of their extremist label-sharers 24/7 for weeks (even though that still wouldn't be enough) or consider the slightest reticence tantamount to being glad it happened. (Even though there will be are Christians explicitly glad it happened.) White males won't find themselves followed by armed civilians–menacing them with assault rifles–as they go to their churches. No one will consider all Christians too dangerous to be allowed refuge in the country. No one will say that if white Christians don't want to be treated like criminals, they should stop acting like criminals. (Because no one will treat them like criminals.) No one will talk about white on white crime as the real epidemic. No one will say they just hate us and theirs is the real bigotry. No one will say that it's only a matter of time before a white Christian male reveals his true colors and does something violent. People wearing crucifixes or other accoutrement of Christendom will not be eyed with suspicion. No one will say they just get nervous around Christians and excuse it with "I'm not a bigot or anything, but hey, that's just reality." No one will suggest that we bomb Christian cities to glass or that we deport all Christians back to where they came from (even if their immigration was a few generations back). We will not have a national conversation, backed by a major political frontrunner about establishing a national registry to track Christians.

Nope. No double standards in our narratives here. Move along.
at November 28, 2015