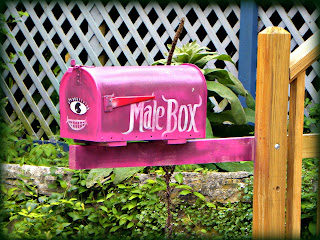 Can I, as a white person, write poc main characters?

Fuck but we're all wasting our time if you can't Missy.

Last month we dealt with Joe's question about not being sure he wanted to write main/POV characters of differing levels of privilege and marginalization because he wasn't sure he wanted to. And the answer to Joe is a little simpler because it's like that old "Doctor! It hurts when I do this," joke. ("So don't do that.) But as I mentioned, I got this question more than once, and most people actually did want to be able to write characters who were different than them–specifically in ways that involved being less privileged and more marginalized than them. So the question is how a writer can do that, and do so in a way that doesn't make things worse.

Some people do believe in essentialism–that is the solid, and foundational belief that no one is really going to be able to write about any experience but their own. What does a cis het white guy know about being a trans woman of color after all? While hopefully anyone reading fiction, and all those writing it, have decided that other points of view can be entered through craft, integrity, and empathy, you really can't make everyone happy. Obviously an essentialist view is primarily espoused in non-fiction settings, and then gets used to evaluate fiction.

This isn't a goofball position. "Well what about the dragons and starships. Duuur." No one is saying your fiction can't be fictional. The question here is the accurate portrayal of characters with fundamentally different life experiences, not the fact that your anti-conformity themes happen to involve zombies–and they don't really exist.

There is, and there will always be, something to be said for the difficulty of privileged writers portraying characters in more marginalized social positions, but literature is replete with stunning examples of authors who have created keen and lasting portrayals of perspectives more oppressed than their own. Having empathy might mean you don't have a lot of FB friends you haven't pissed off by refusing to other your political opponents. And it might mean a lot of anger when you refuse to hate the enemies of whatever political ideology that is most en vogue where you happen to live. But it also sometimes has its advantages. And I mean even better than being able to get into two hour long conversations with random strangers when you ask, "Are you okay?"

A fiction writer has to work around the sort of feedback that denies that they can empathize and portray different voices, but not throw the baby out with the cliche when dealing with the portrayal itself. The last thing you want to be doing is telling a Native American who has taken the time and energy to confront you about your shockingly offensive Native American action adventure, "The Tomahawk Shapeshifter Man" that you can't be bothered to listen to them because "it's all just fiction, man." It's important to tune out people when they say "This can't be done," but it's very very important to listen closely when someone says "You got this wrong."

There are a few solid "pitfalls" when it comes to writing non-cis het white dude characters, especially by people who have most or all of those identities themselves.

1) The writer is inundated with the advice that they should "write what [you] know" so they write stories about people like them. No matter where their story takes place–be it steampunk Detroit or Khyron Beta Prime–they end up with a bunch of white guys...probably sitting around talking about how to get laid.

2) Perhaps at the next level, the writer is told "your stories are too homogenous - they need to include POC/women/LGBT/disabled/etc characters!" so they try putting some token characters in to make the quota. This is sometimes called ("charmingly," he said, making quote signs with his fingers) "rainbow sprinkles"–they don't really change the flavor of the doughnut; they just make it look colorful.

3) Then the writer is told "your POC/women/LGBT/disabled/etc characters act just like your white/men/straight/cis/abled/etc characters!" so they try making them act differently. This is especially true when the marginalized characters "learn" that not all white guys are so bad or their character arc involves realizing they "have a chip on their shoulder" about life. But it can also just mean that the particular difficulties of being marginalized are simply ignored in the narrative. Their lives and experiences are different, and they should act differently. (A black person who doesn't feel weird when walking onto the set of a Roland Emmerich film is either a cyborg sent back from the future to stop whitewashing, or has just arrived via the door to the Mandingo remake.)

4) If the writer tries to correct number 3 in the wrong way, they will probably be told "your POC/women/LGBT/disabled/etc characters are all stereotypes!" Who the hell thinks writing stereotypes is a good way to portray characters differently? Write writers, that's who.

This may make many writers throw up their hands. "How can one possibly win," they will say, thinking that this is really the range of possibilities and that the solution of "Write a better character," hadn't even fucking occurred to them.

You're in luck though, Missy: all four problems have basically the same solution.

Writing what you know doesn't really have to include writing only things that one has experienced first hand. Writers have an amazing super power to telepathically speak with other human beings, even from beyond the grave, and vividly hallucinate their experiences.

Like I don't fucking understand why some rando writers will spend 100 solid hours researching the architecture of Byzantium brothels so that they can write a two page scene, but balk at reading a couple of books by women of color to understand how they view the struggles for equality a bit differently than most white men. Does that seem right to you?

So read some things by those you wish to portray. Find out what they care about. How they frame the world. What their culture is like. Do some research. Don't be a stranger when you write about another group. Even if you think we're all equal (we should be, but we're not yet), it doesn't mean we're all identical, and those differences aren't something you want to ignore and erase. They matter.

Treat these characters with respect. Make them....you know......characters. Not walking cardboard stereotypes. (This is one of the reasons that a basic literacy in the most pernicious and common tropes can be so useful.) If they do share cultural commonalities with a broader group, make sure you balance them with individual aspects. Latino character with machismo? Fine, but have him also enjoy Katy Perry and like mystery novels or something.  Think about Lane Kim's mother in Gilmore Girls. There's a lot of furious criticism about her early in the show. It's a very problematic portrayal, but there's also a reason that even a lot of east Asian viewers come to the show's defense if they've watched later seasons. She begins to make human decisions. Her "Asian shopkeeper mom" stereotype finds several places where an actual person shows through. She becomes a single mom, someone worried about cultural erasure, a struggling businesswoman. These things are so much more genuine.... Suddenly this character is a character and not a trope with legs.

AND I CAN'T STRESS THIS ENOUGH, MISSY...

Walk up to a friend or acquaintance who is of the group you're trying to portray and say, "I have a question."  Or if you have someone who might like to read a story or book, say: "I'd really like to get this right. Can you tell me if I've done anything problematic with this portrayal?" Go online where many different cultures can talk to you and say, "Who's willing to beta read something to make sure I portrayed someone in a genuine way." (How refreshing!) Of course, you're not entitled to anyone's time or attention (especially not to slog through a rough draft of something), but you can probably eventually find someone who will help you. They want you to get it right too!

Now, not everyone you might ever portray is going to have an internet connection and a computer. Those are privileges in our world. So while you can connect with lots of people online, if you're trying to portray a group that may not be able to have access to technology or afford it, there might be some more steps involved, but the concept is the same. Find them and ask them.

They might correct you, add nuance, explain a custom you seem to be misunderstanding or elucidate what is behind it (which is absolutely a treat, let me tell you), point out that something is just a stereotype and a little offensive, or possibly even call you out if you glossed over the way social power dynamics like patriarchy or white supremacy actually work. Yeah, finding out that they got really uncomfortable with something might sting a little, but it should only sting the part of you that thought you were never going to make any mistakes. (It's a lot like any other kind of criticism that way.)