The Book Was Better Poll (Last Chance for Nominations and Seconds) 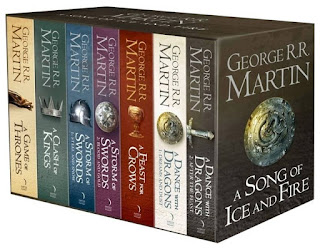 What movie adaptation do you find yourself telling people the book was so much better?

There's still enough time to get in a nomination, but be sure and drop the comment ON THE ORIGINAL POST or it will get lost in the crossfire. That's also where you'll find the rules if you're confused about anything. There was a time when I could really go round and gather up all the breadcrumb nominations from all the various social media and posts, but things are way too busy now.

Seconds are also needed. And I stress again that this poll will not be doing endless levels of elimination rounds. We were doing that shit on the "Best Modern Fantasy" poll for six goddamn fucking murderous, horrible months.

I will find a number somewhere between 8 and 22 of the most "seconded" titles. And there will either be two quick semifinal rounds or none at all. I know that three and beyond aren't actually "seconds" but do your best to roll with the lemons and the mixed metaphors.

So drop a nomination or two and second everything you want to see on the poll.
at January 05, 2018