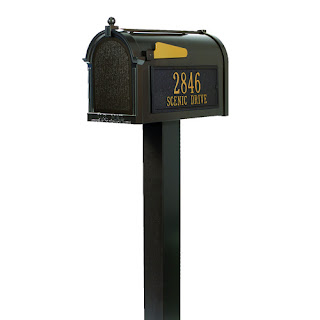 What are my thoughts on fanfic?

[Remember, keep sending in your questions to chris.brecheen@gmail.com with the subject line "W.A.W. Mailbox" and I will answer a couple a week.  I will use your first name ONLY unless you tell me explicitly that you'd like me to use your full name or you would prefer to remain anonymous. Feel free to turn my crank and aim me at the haters–I do that pretty well.]

A friend and I started talking about the merits and shortcomings of fan-fiction. I think it's weird that people talk down on fanfic as an idea, because frankly I see nothing wrong with people taking an already established aspect of writing and utilizing it to flex their creative muscles. I do understand taking some issue with the quality of a piece of fanfic writing, but mostly in the sense of letting the writer know what and where they can improve on. That might be applicable only if the writer asks for that kind of feedback though.

It made me wonder what your thoughts on it are. Is fanfic a "good" thing, as long as the writer of it has a copyright disclaimer? Is it somehow selling oneself short by using another writer's characters/world rather than making one's own?

This is my basic attitude when lit snobs or edgelords go after fanfic writers. (Copyright prevents me from embedding. You'll have to click the link.)

I'm really here for all the changes that the internet has brought to the world of writing (and not just because I'm a blogger who can (juuuuuuuuuust barely) afford to live in the Bay Area because of Patreon. For a long time the world of writing simply didn't have the strata of unpaid (or very low paid) artist in it. Your band could do do their gig for five bucks and free drinks or you could be a part of the local theater where maybe all the ticket sales could make for a cast party. You could do a community art show and maybe even sell a piece without a major deal. If you were a writer though, you could maybe show something to your friends, but that was about it until you cleared the threshold of profitability for a print run. Maybe you could get in on some tiny community newsletter type publications, but basically you were either "officially" published or no one had ever read you.

Then came tech. And tech has no time for your anachronistic culture based around yesteryear. You can print one book. Or just publish electronically. You can write for blogs or zines or just make your Facebook post public and hope it goes viral. And the role of the hobbyist writer to see their work in the world and even feedback has opened up and flourished.

And, of course, there's fanfic.

Back when I was starting reading, a few authors *coughannricecough* would send really nasty with "Cease and Desist" notices to anyone fanficcing their work. Today, most of them seem to realize that's a pretty useless hill to die on *coughbutnotannricecough*, and they're just happy if no one is making money off of it or passing it off as official. Technically–legally–those copyright disclaimers don't mean jack shit unless the author has explicitly given their permission, and one of these days someone enjoying the spoils of a nice Patreon is going to get sued over intellectual property rights, but right now it's a pretty rare thing. Most content creators have come to realize that fanfic is basically free advertising for the source material and whether they are amused and encouraging or simply have an uneasy detente, they let it go on without blowing into the wind.

Are there shortcomings to fanfic? Sure! A lot of it's terribad all the way down to the punctuation and spelling. Characters becoming Mary and Gary Stus are ubiquitous. The disregard for the source material sometimes crosses into offensive disrespect. It's never going to make money for the writer who has done a shit ton of hard work making it. When people find their audience, they often stop publishing or go longer and longer between subsequent chapters.

But here's the thing and there's no getting around it.

(And if anybody asks you, this is why I'm really, really, really NOT here for that "Oh, now anyone can be a writer,"/"They'll just let anybody in the country club these days" bullshit that goes on down its nose at fanfiction. Or any claims that it isn't real writing. Or this convoluted idea that fanfiction is peeling away readers from "real" writing. Or that "real" writing–even occasionally the published kinds–don't ever have shitty writing or grammar errors.)

Fanfiction is done for the love of writing. It's done for the fun of creation. For the enjoyment of the craft and the characters and their journeys. It is done without regard for payment of any kind and often despite social censure from judgemental little snots who paint them all with the same brush and call them parasites, but who, in all likelihood, aren't doing half as much of their "real" fucking writing. It is done from the same impetus with which we've been reimagining and retelling stories since the beginning of our species–it is actually owning an "idea" and holding rights over it (particularly as a source of income) that is the fairly new development. Most people won't like it, some may be shitty about it, there will be no "tangible" rewards, and yet folks write it anyway–just to see it in the world. For me there could be few acts of writing done for purer artistic reasons. 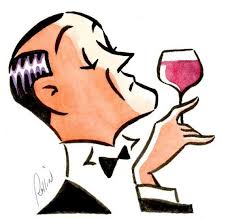 And not that it HAS to be this, but in many cases it is the stepping stone to an author writing one's own worlds and characters (practice, so to speak), so people shitting in the fanfic sandcastle feel particularly to me like someone telling the junior high concert band to stop playing that Star Wars medley because they're not fucking brilliant at it yet and it isn't their own composition. Shit one of the best learning tools for new writers is to try to closely emulate the writers they love, so all this fanfic hate is really doing is saying "How DARE you show this to other people who like it! Crawl back into your cave!" Lots of starting writers make grammar mistakes and have clunky prose. That's not particular to fanfic, it's particular to starting writing, and counting only the worst of an offering is the same reason lit sommeliers are too fucking snobby to accept "genre" and "speculative fiction" (all while hailing a bunch of writers who have the same damned things in their fiction). 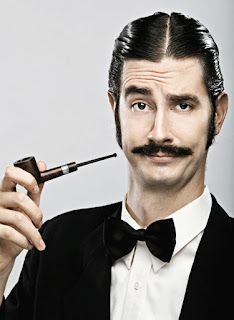 Plus, not to put too fine a point on it, but most of the shit we think of as brilliant masterpieces ARE fanfic. The Hours is just a retelling of Mrs. Dalloway. Hag Sea is The Tempest. Cinder is Cinderella. The Coming of the Dragon is Beowulf. Shakespeare actually wrote ONE play–the rest are his creative reimaginings of other source material. Many fan fic writers have changed a few names and gotten published–even mega-successfully so. And do you even know how many books are ancient myths and legends redone? This is one case where that high horse is actually a shetland pony with rickets.

Hating on fanfic is like so much elitist twaddle that betrays the fact that its own supercilious snobbery is unable to feel superior without tearing something else down. It's the same "I don't read that crap" all over again repeated (loudly and often) as a marker of class and sophistication by those who don't want to be seen enjoying something "beneath them." If anyone doesn't like fanfic, they can just have a coke, shut the fuck up, and scroll-wheel on by. And that's OKAY. We all have our tastes. (To be honest, I don't read much of it either.) But acting like fanfic is this blight that must not be suffered to let live is pretentious and shitty.
at March 20, 2018