The Day the Music Died: On Quality, Quantity, Facebook Followers, Fans, and the Return of a Drab Little Crab.

It seems that in my last mailbox, I spoke too soon.

But first a story–not entirely as unrelated as it may first appear: This week something wonderful happened that almost never does.

I woke up to an email from a reader who just dropped me a line to tell me that they really appreciated my writing and my blog and they hoped I got better. (At the time I was still recovering from being sick.) Around here 99% of the emails I get are either questions or some level or another of "I have a problem with something you posted...."and if they are positive they are weirdly gushing in a I'm-not-sober-but-here-are-some-pictures-of-me, "Stephen-don't-you-think-I'm-pretty" kind of way It's nice to sincerely hear the good stuff once in a while. 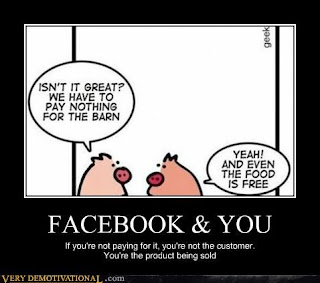 Facebook recently changed its algorithm...again. According to them, they're trying to give the average user more of their friends and family to "enhance their experience," which amounts to fewer pages even though most of those pages are exactly what the users have clicked buttons to see.

Facebook frames everything like they're doing a big ass favor to their users because they are the bringers of magnanimous joy and only a LITTLE bit of Russian psyops, but what Facebook really wants is another round of squeezing their page admins to finance the Payola scam that literally is the Facebook business model.

At first, I didn't think it was going to hit me. Maybe it was just publishers. Maybe it was just news organizations and such that only ever posted links to their own page. Maybe my page, with its funky blend of memes, macros, puns, and articles from all over would be spared.

I watched my numbers collapse over the course of a week like the wind slowly going out of a massive sail. At first it was possible to convince myself I was imagining it. Then that it was just a bad run of articles, and I would bounce back. Then that I was doing something wrong–posting at the wrong time of the day or not writing a provocative enough intro.

But then, around March first on this chart, I realized what was happening, and I couldn't do much but watch in horror. Blog cried, "We're never going to make ten million now!"


And so I took a deep breath and I kept on writing.

The last time my numbers went way up it was also because of Facebook. My page took off into the stratosphere, cresting a hundred thousand followers and growing by thousands every day, and I got a thousand hits from posting anything. Everything I touched was going viral. It was lovely to imagine the days of struggling for 100k hits a month were behind me, and that all that lay ahead was a J curve of readers, fans, fame, and fortune. I figured it was nothing but brand name peanut butter as far as the eye could see and maybe even a studio apartment a mere three hour commute from The Contrarian (where such things could be afforded).

But then things went back to being drab.

You lie in bed when shit like that gets yanked away without you even having made a poor moral decision that sets you upon a redemption arc. You stare at the ceiling and you wonder how long it's going to take just to get back to where you were. Years maybe? You feel like a failure. You wonder how much of anyone who ever cared has only to do with some social media algorithm spinning away in a supercomputer in Menlo Park that can taketh away and even be destroyer of worlds.

But then I remembered that letter.

And I remembered my patrons.

Numbers are fun. The burst out from tens to hundreds of thousands was exciting and watching my hits climb is an easy bellwether to track. It's disappointing to see those numbers go away. I've got a plan to start shifting energy over to my tumblr page, and to tweak a couple of knobs that'll hopefully pull in more traffic. Hell, I've even thought of trying to figure out instagram. Someday soon, you might be swiping right on my sexy, sexy listicles.

But that's not why I write.

More to the point, that's not what keeps me going. Whether I have 4,000 hits a day or 24,000, what keeps me writing is 150 people who have generously donated their financial support to keep Writing About Writing going. 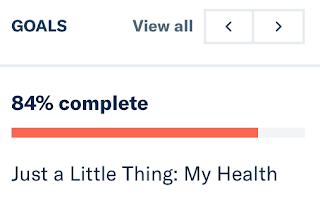 My current goal (to the left) is trying to make up for the cost that my insurance is going to jump up since I'm technically a freelancer and I have to buy my plans out of pocket. The ACA subsidized a lot of what I paid because my income is so low, but even the insurance companies think the tax changes are going to send their premiums up.

As little as a dollar a month can help and get you in on back channel conversations, polls, info of upcoming projects, and insider info into what's going on with my blog schedule. In fact, right now I still have way too much pressure on only a handful of donors (over half my entire Patreon amount comes from fewer than a dozen folks) and I could really use a lot more low level patrons to help develop a donor "ecosystem" that can survive if a big donor can't keep a big donation going.

Yes, numbers are fun, but I write because without writing I would die. And I write as much instead of working three jobs or 40+ hours a week on side gigs because 150 people help keep me going.

Those 150 people and occasionally a letter.

[As always if you want to help this post, but can't spare a dime right now, one way to do so would be to "like" or "comment" or otherwise engage it on social media so that more folks can see it. And if a monthly donation isn't your speed, you can always make a one time donation at My Paypal.]