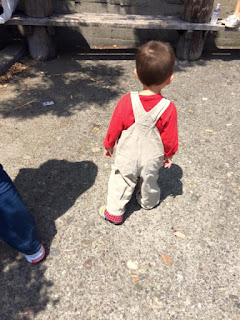 Sometimes we get a little used to who we are and how we see the world. We look at everything, even new things, from the same old perspective, and sometimes the greatest insights and inspirations (both as artists and as humans) can actually come from looking at the same old things from a new perspective.

Of course this is a metaphor. Who can forget the iconic scene of students on their desks saying "Oh Captain my Captain!" because they've learned how to see the world from a different perspective in a single semester of inspirational English teaching, but standing on the desks is not literally the change of perspective in and of itself. A misogynist on top of a table still can't understand why women won't take street harassment as the compliment he assures them it is. 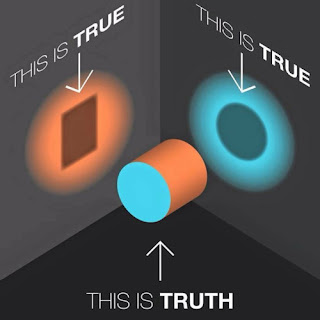 He sees all kinds of things I never notice. He sees the bottom of tables, under furniture, puffs of lint or pretty rocks I wouldn't notice from so high up. And even though he also notices more things (#4 above), he is also just literally in a position to see different things.

So switch out your own perspective once in a while. 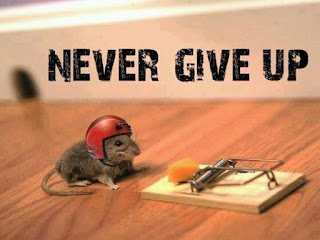 The Contrarian sometimes gets frustrated when things don't go his way. But he is endlessly tenacious. He doesn't know the meaning of "give up."

No literally, he doesn't know the meaning. He knows about 150 words or so, most of which sound only a little like the actual word (for example, "truckum" is the word for anything bigger than a sedan; smaller and it's a kazum), and while "up" is on the list of words, it's chiefly used when he's tired of walking or wants to see the top level of the fridge, and not as part of a phrasal verb.

But The Contrarian also never gives up. He may get frustrated. He might even have a good cry. He may come back to it the next day. But he will return again and again to keep trying, knowing that eventually he'll succeed. Or perhaps simply not understanding yet that he might not.
If he accepted failure the first day we turned off Daniel Tiger before he was ready to be done, our lives might be easier, but his would likely be fraught with endless disappointment. Instead he has, each day, doggedly worked to figure out how to get into the childproof cabinets, how the various remote controls work, how to set the HDMI input to the right setting so that it works with the Apple TV, and finally how to select an episode of Daniel Tiger instead of House of Cards or Orange is the New Black. Of course next we'll hide the remotes, and then he'll find them.  And then we'll put the television into a pocket dimension, and he'll create an inter-spacial fold system to find it. And it will just keep going.

Every day he pulls as hard as he can on the refrigerator door. And even though the magnetic seal is too much for him, he keeps trying. And each day it takes a little less of my own strength to "help" him get it open.

Most people give up when they fail, but toddlers don't have ego invested in the process. They have to fail over and over and over and if they gave up there would be a lot of adults who couldn't turn on a TV or get "sawberries" out of the fridge. They just keep trying and trying and getting closer and closer each time until they finally succeed.

If you're an artist, there isn't a better metaphor for how much raw determination it is going to take you to succeed. You're going to fail. Best to get frustrated, have a good cry, and come back fresh the next day like you don't know the meaning of "give up."


13. Spend a little time every day doing what scares you.

T.C. is terrified by the washer and drier when they are on. When they're off he loves to play with the buttons because we have the new fangled snazzy machines that do a little melody and make very chipper beeping noises, but when they're on, they roar like ravenous toddler-eating beasts. Still, every time they're wooshing or splooshing away he goes and gets as close as he can possibly stand, and watches it nervously.

When we fire up the vacuum cleaner he eyes it suspiciously, but he no longer bursts into tears and flees the room as fast as he can. And each time he watches suspiciously from a slightly smaller distance. He even walked up to it when it was unplugged reached a tiny finger way way out, touched it with the very tip, and then ran around the corner to see if it would react. 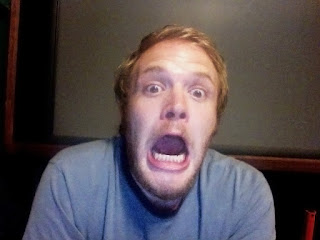 He used to stand paralyzed at the edge of stairs going down, but eventually he started taking them one at a time, slowly, methodically. And now he doesn't always even reach for someone's hand prior to descent.

He reminds me that fears only get better by confronting them. I'm not saying people with legit phobias ought to go out and get just over it, but that confronting fear is where we grow beyond our comfort zones. Every artist has the piece they're too nervous about their skill to start. Every writer has the topic they're afraid to write about. For me, I'm terrified of writing fiction because the feedback on that is what strikes directly into my soul. That fear must be faced, even if it's just a little at a time.

14. Genuine curiosity comes from not thinking you know how something works.

TC doesn't really know how anything works. He doesn't think he does. He investigates everything with fresh eyes and a genuine innocence. He knocks things over, not to try our patience, but because he didn't know what would happen. He plays with buttons not because he wants to turn the TV to an all green color scheme and onto cable input channel 94G (or whatever), but to see what the buttons do. He stares with open wonder at a music video or a plug in fan.

He doesn't presuppose the outcome of things. He doesn't head into life with confirmation and disconfirmation biases. He's really honestly getting the hang of everything, and his curiosity about what water does when it's not in his cup and why the people aren't on the other side of the iPad is a reminder to me of how much we walk through life assuming we know the causal mechanism of.

We can't ever completely leave behind our bias, but we can do our best to silence those voices. To hear stories about why things are the way they are from a fresh and new perspective. To see the world with eyes that don't assume they know all the answers. This is a tough skill but it is so, so worth it.


He's running now. Just in the time between my starting this article and posting the final part. His steps are less toddle-y and more assured. He can move across the house in just a few seconds or run out into the street if we're not careful. He's also climbing things, effortlessly hoisting himself to where cookies or iPads rest out of his reach. But every time he pushes himself he eventually falls. He looks around, blinks and gets right back up. Sometimes he barely even pauses, like it wouldn't even have occurred to him that he would not fall–which of course, is absolutely true, since it is only the hubris of adults that insists we must do everything well or it isn't worth doing.

Falling should never be the end of our efforts. It's just the cost of doing business. And every time we push ourselves to "run" or "climb" we have to pay the toll all over again.

You're going to fall as a writer.