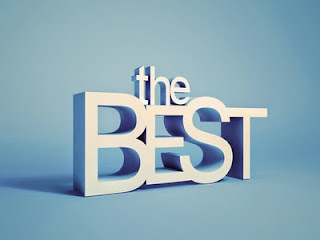 Though August was just about as much opposite of the power-slam month as I originally hoped for "Blogust," I did get a couple of articles posted that made some ripples in the water. Here are the best of August's offerings. (The popularity of our August poll notwithstanding.) Each will push on to the heights of fame and glory (third rate internet fame and glory, that is) in The Best of W.A.W.

The Hugo Nominees Were Robbed

The Hugos were an awful experience for a lot of writers, but were the slated authors truly "robbed" of their well-deserved awards?

The ongoing wisdom that raising The Contrarian has given me about being an artist and a writer.

Because quoting myself is a little bit gauche.


We had to abandon "Blogust" mid month (See! I fail ALL THE TIME!), and as the second half with its Disneyland trips and Burning Man prep kicked in there was some pretty serious "what the fucking fuck was I fucking thinking?" going on. The good news was, even though I was off my game, you all were not, and with matching donations, we were able to raise $1123 for Oakland Reads. Of course, I will post any follow up here if they send thank you messages or anything.

We will try again in October. It's not as cool of a word play (Blogtober) but it will have to do.

We're trying a WHOLE NEW schedule here. The Contrarian now knows enough to not use psychic contrarian powers on strangers. So he's getting a superhero babysitting service to tag in from the time Uberdude and The Brain go on patrol until about noon. Then I tag in and take over the afternoon schedule. Hopefully that is a perfect balance of solid contiguous writing regimen without me having to take naps and/or wake up at weird hours. I usually prefer to write in the dead of morning, but my life is not exactly as elastic as I'd like it to be right now.

Most of the things I said I was writing for Blogust are still on the stove, and most of what's left should show up in September.
at September 08, 2015

Email ThisBlogThis!Share to TwitterShare to FacebookShare to Pinterest
Labels: The Best Of, You Folks Rock