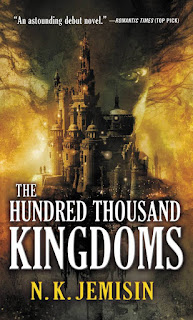 What is the non-European fantasy Setting?

Eight names culled from 16 of your nominations have come to the final round for you to decide which non-European fantasy setting is the best. Please don't forget that we're talking about books, not their lovingly created movie renditions.

This poll will only run until a week or two into August (as long as it takes to get nominations for our August poll), and then hopefully we'll be back on the 1 month = 1 poll track.

Since I can't really stop shenanigans, I welcome all the shenanigans. The main one is of course that Polldaddy tracks your IP for a week so you could vote from multiple computers or vote again after a week, but people have also enlisted friends, family, and even author forums or Facebook communities to join in the fun. Vote early. Vote often.