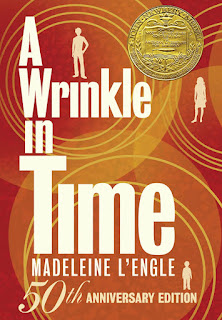 What is the best book marketed to young women?

I've got a dozen things to do today that aren't blogging, so I'm going to just remind everyone that I'm going to start semifinals (quarterfinals?) for this poll THIS weekend. So get in your nominations in and second the titles you want to see on the poll. But do so on the ORIGINAL POST! I can't guarantee any nominations on this post will make it onto the poll.

Also the rules are there; probably worth a glance.

If I fall into the free time that is theoretically out there after all this basic crap is in the "Done" pile, I'll keep going on the Tab Cleanup Project™ which is about to enter the Facebook Page Stage–a handful of posts for the now half a million people following Writing about Writing on Facebook. You might see something going up later on today if that goes well.

Note: I've noticed that a few of the nominated titles are definitely NOT Y.A. (remember it's not when a bunch of bibliophiles reading way above their level got into it that defines what that means). I don't really have a way to enforce what gets nominated or even a good definition for where the line is, but I'm going to veto some of the clearly adult titles.
at April 20, 2017