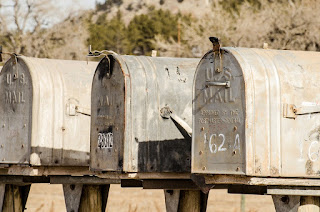 How do you get back lost motivation for a project that's been on hiatus?

[Remember, keep sending in your questions to chris.brecheen@gmail.com with the subject line "W.A.W. Mailbox" and I will try to answer a couple each week (after this week). I will use your first name ONLY unless you tell me explicitly that you'd like me to use your full name or you would prefer to remain anonymous.  My comment policy also may mean one of your comments ends up in the mailbox. Thursday might look suspiciously like Wednesday when I am actually so far behind that this should have gone up six fucking days ago.]

I have a story that I had to put on hold for at least six months because of other projects. Now I really want to get on it. But every time I see the point where I left it... I kinda feel disconnected and unmotivated.


I answered a question not too long ago about how important it can be to at least "poke" at a work in progress if you don't want it to go stale. One of the reasons for that is exactly this. If you leave a project on the back burner for too long, there can then be a divestment of brain from interest. Maybe you think of a couple of good things here and there or a twist you would love to add, but mostly that motivation has dried out and your passion for the project goes stale. It can be really hard to try and just pick back up where you left off when your mind is scratching at the inside of your skull to try and get the gestalt of your idea on paper, but the trail has gone cold where you actually are in the writing.

Before I let Ima Lister slap down the Patented Guide to Rekindling Your Passion....(for an abandoned work in progress)™, let me just make one more quick USDA Writing Guild required disclaimer. This is the reason that it's generally a good idea to keep a limited number of irons in the fire and is why so many writers who have "made it" yodel from the mountaintops, at the slightest opportunity, the advice to finish one's shit. It is so so so so so fucking easy to take a break that turns into forever. Finishing projects, especially before bounding off to new projects, is one of the most powerful skills a writer (any artist really) can ever learn.

From here, I'm going to hand my reply over to Ima Lister, who has a few things–well five of them actually–to say about this.

Time for me to drop my Patented Guide to Rekindling Your Passion....(for an abandoned work in progress)™. Remember to try these steps in order as each may depend on the aggregate effect of those that came before. Skipping right to step four might seem like taking Percocet instead of Advil for your headache because "fuck it, I need the good stuff," but it'll actually be less effective if you haven't run the gamut first.

Many writers simply look at their stale work in progress and never pick it up. And when I say they "look at it," I mean they physically glance at it from across the room. Or think about it in passing as they're eating a chocolate cream pie and rewatching season 1 of Sense8 to prepare for the coming of season 2 next month. Or perhaps once every few months, they open the text file to that blinking cursor, skim the last paragraph for the thousandth time, and then close the file again because they're just not feeling it. And if they're really avoiding it, they might carefully tiptoe around the WIP, avoiding it at all costs. They glance down the hall to make sure it's not in the bathroom before darting to their bedroom, and listen carefully for sounds in the kitchen before going to eat so that they don't run into it at the breakfast table–a bite of bran flakes frozen halfway to its mouth as their eyes meet.

"Why aren't you working on me?"

But what they don't do is sit down and reread it–from the very beginning. They don't give themselves that jump back into the world of their fiction. They don't engage what once captured their imagination and let all those ideas come flooding back. They don't remind themselves of all the little things they gave attention to when writing it.

Honestly, give the old dusted off words a good once over. Let the prose take you back to where your mind was when you were writing it. Fire up a few of the old synapses. You're going to remember more about what you wanted to do and where you wanted to go than you even realize you forgot.

For the first time through, don't mess with it if you see some revisions you want to make. Let the urge to make it better go un-indulged and let that create a tension within you to return to the work.

And if reading it doesn't work by itself....

2- Do a little revision.

Holding back from revising during your first read might have you chomping at the bit to make some changes.

That's okay. That's what you want.  Anything to get you back to this piece.

However, if you're not so enthusiastic even after reading over some things you really think you could have worded a lot better, go ahead and try to make a few changes anyway–even if it's just to clean up the language and tighten up the grammar. Lord knows that shit could at least use some proofreading.

Going under the hood of your story kind of forces you into that mode you were in when you were working on the story before. Like most of writing, it's recursive, and you are likely to think of improvements faster than you can make them. Hopefully this knocks over enough dominos to start a chain reaction and topple you back into the headspace you were in when you were really hitting it on the regular.

3- Skip ahead from where you are, and write the next scene you are really into.

One of the problems with a project losing steam is that you just weren't as into the next thing that needed writing as the arc in general. Maybe the next scene you were really into was several pages from where you are now and the idea of the filler wasn't grabbing you. Maybe every time you thought about getting back into the writing, you were daunted because the next thing you had to write was a scene you weren't that into or some plodding exposition to get your characters from Cool Event 1 to Cool Event 2.

Setting aside for a moment that your reader is likely to be Just. As. Bored. and feel like something is mind-numbing filler if the writer does, the easiest way to deal with this as a writer who "doesn't wanna" right now is to skip ahead. Fuck it! There's no rule that you have to write the whole manuscript in order from first page to last. Do a scene you're really excited about to help get you back into the groove. Then use that momentum to swing back around on revision and fill in the stuff you weren't so hot on.

You may even think of a much a better way to get through that part you're not so hot on besides a slog of events you're less excited about writing.

And if this doesn't work, it might be time for some painful self honesty.....

4- Are you sure you want to write this? Like...really sure?

Okay, so you've tried everything else and nothing's working. You're just not feeling it. It's time to ask yourself a really tough question from that place of deep and profound honesty. Go to your happy place, align your chakras, and high-five your patronus. And then ask yourself this question:

Do you really want to write this piece?

Remember you're not asking yourself if you think there's any possible story there or any writing value, or even if you might want to return to this story someday. Rather, you're trying to figure out if you really want to put in the time and energy to write this piece right now.

And please understand...you don't have to. You're not obligated to love everything you start. (It's a good idea to try to finish, but there's a difference between abandoning one project that just wasn't doing it for you after a while and having sixteen half-finished novels lying around the house, all of which you're going to get back to "someday.") Maybe inspiration really did dry up. Maybe you've moved on as an artist. Maybe it'll come back around in a month or a year.

Sometimes writers get attached to projects because of the amount of time they've already invested in them. It's kind of part and parcel with this hubris that everything written must somehow be destined for future publication. They really need to remember that some things they write are only ever going to be practice.

Is it possible that what you really need to do is put that project on the shelf for either years or forever? Reach deep into your soul and be brutally honest.

You still want to do this? Okay, well in that case....

5-Physically rewrite what you have so far.

Take a copy, print it out, put it down next to you, and start to type the whole thing from scratch.

Can you imagine that this was once the only way to revise? Even ten, twelve, twenty times...always completely rewritten. We may not be fettered to archaic technology, but sometimes a good part of the writing process gets tossed with the luddite bathwater.

Two things happen here. Number one, you can't type as fast as you can think (by hundreds of words a minute) and if you're forced into the world of your story, you're probably going to be thinking about that. Now maybe this will simply yank your creativity cord like starting an old small engine. (Is it true lawn mowers don't have pull-start engines anymore? KIDS THESE DAYS!). You may recognize this technique from the movie Finding Forrester. (Or maybe you're way too old to have seen that and I am obviously a fossil.) But they did pick a trick that actually works pretty well. It's rather difficult to type something and not engage it in a creative way.

This may also lead to some of the really good artistic magic. Since you're rewriting instead of cutting and pasting, you will likely be willing to take bigger chances–like changing the tense or removing whole scenes or taking out a character. Redoing the whole thing means you're less married to all that draft and since you're doing the work regardless, you might find exactly the bit that was causing the wind drag in the first place. And with some surgery, your story is back where you were, looking better than ever, and with you excited about moving forward.
at April 19, 2017