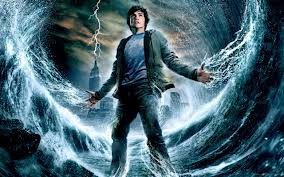 Behemoths continue to duke it out for the honor of going forth to the final round. We're almost there, and the end of literally months of nominations and elimination rounds is in sight.

My apologies in advance. Gaiman got three titles into the semifinals, so one poll was destined to have some hot Gaiman vs. Gaiman action going on.

Also, seriously, I know there are a lot of people on WAW's Facebook Page and the laws of large numbers are starting to dictate that a certain number of people won't read anything but the preview text before commenting, but y'all are hurting my soul. "Oh how could my very, very favorite fave not be here?" Well....chances are it is, or was. Please know that 1) this is only half the titles in the semifinal round ("Oh my god how could Harry Potter not be on any credible poll????" It is. Check the results of the first semifinal. It'll be on the finals.), 2) there were rules that disqualified titles that came out before 1992 ("Why isn't Wheel of Time on here?" Because it's not modern according to the definition of this poll.), and  3) there have been twelve rounds getting to here and that was after the epic-est nominations process I've ever seen and I controlled literally NONE OF IT, so if a title got voted off the island or never got nominated, I'm really sorry, but showing up when we're on the second to last round and declaring that if it doesn't have your very favoritiest title, it's not a good poll kind of makes you look foolish.

These semifinals will only be up a little over a week (we're going to end up going into December despite all my hopes and dreams, so I might as well give people a little more time) That means that the IP logging will expire. Since I can't really stop shenanigans, I encourage it. Vote early. Vote often.
at November 15, 2017