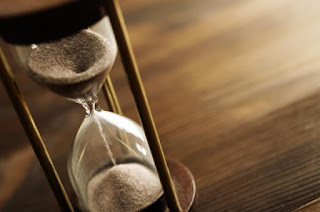 I can't get into it much or I'll end up in one of those uncomfortable Truman-Capote-just-wrote-about-his-friends conversations. Maybe someday it'll show up in a story with all the names changed or I'll write about it looking back through time's soothing lens....and casualties. Suffice to say that it was one of those days that reminds me that one of the hardest parts of being a writer–whether you're working for a living or just an avid hobbyist–is going to be impressing upon everyone around you of the value and importance of your time.

It seems this will be Folksy Wisdom Week™ for that is the way things are shaping up with all these half written articles, so let me just go now and put a piece of straw in my mouth today and shift it from one side to the other as I gaze contemplatively at the horizon.

If you're a writer, this thing you want to do–this alchemy of words into emotions and experience and soaring heights and depths of despair–it requires an ingredient (in VAST abundance) to facilitate the transmutation:

Oh my god, so much time.

Decades of reading. Years and years of practice before the skill has matured. Hours to get a simple paragraph perfect. All for that chance to turn twenty-six letters and some punctuation into poignant, sharp crystal meaning within another's mind.

I don't know a writer who doesn't struggle with finding more time. A friend who writes as a hobby can't get her husband to take her seriously when she says that she absolutely needs an hour or two on Sundays. A novelist colleague tells his day job twice a month that he absolutely can't work more than 30 hours and gets scheduled anyway or pressured to come in early or to stay late. One of the people I follow who is a working writer regularly has friends and family contact her during the day because that's when she's available–even though she's told them repeatedly that, aside for emergencies, she's not. One friend constantly has those around them asking for time-based favors like RIGHTNOW help with resumes,  rides to the airport, grammar questions that amount to a quick tutoring session, or their emotional labor on issues.

These people moving in on your time don't mean to. They're basically good people. They really do love you and want to nurture your dream (well....most of them). They want to be supportive. They just see time differently than writers do. They see those open oceans of time in your schedule and don't realize how many "good productive sessions" you've got planned. Or they see you looking off into space and assume you are just frittering away the hours. They know that you're "home all day" and don't read that the same way as if you were at a job with a boss. Most of them wouldn't be able to wrap their head around setting aside two hours to read. Reading is something to do during leisure time when there's nothing else going on not an activity one considers part of a dedicated regimen of career improvement (on top of giving it most of the Netflix/TV/Video Games time). 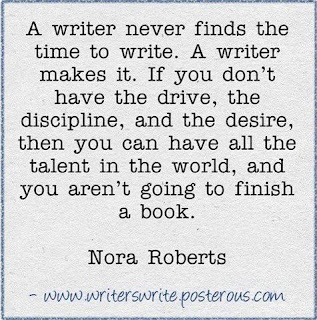 They certainly don't understand that a question that pulls you out of a thought and out of a sentence or a paragraph and out of a whole direction of concentration (whether reverie or rumination) and even out of pages of direction can derail you for minutes or even hours while you search to get back that thread.

And this is why, with unswerving consistency one of the bits of advice that almost every writer rings in with (after reading a lot and writing a lot) is protecting one's writing time.

Find it. Grab it. Build a fence around it. Put barbed wire on the fence. Scowl at the people on the other side of the fence. You have to make others understand because on their own, they just won't get it. 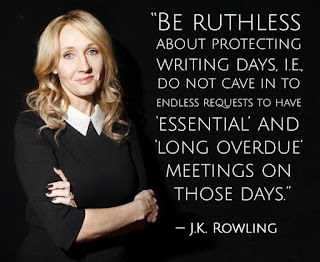 Would your boss be okay if you just sat on the phone for an hour or so? Would your boss be okay if you took the day off to run your friend to the airport and feed their cat?  If you cruised in late every single day and left early? If you took personal calls all shift? If you spent two or three hours a day answering emails and facebook messages?  But when you're your own boss, no one's going to chase these people off except you.

That's why writers–serious writers anyway–have to sequester their time and sequester themselves and then protect those things with motion tracking auto-turrets like in the extended cut of Aliens. (That shit was badass.) We don't get bosses. If we're lucky we have a cranky editor or publisher glowering at us after an unproductive week, but the day to day accountability is still on us.

Grab your time fellow writers. Don't let it go. We won't get any more allotted to us and we need a LOT of it to be this wild and wacky thing we want to be. Be cranky. Be angry. Don't be abusive or anything, but if the worst thing someone learns is that it's really not a good idea to interrupt your writing, that's probably okay.
at March 28, 2018