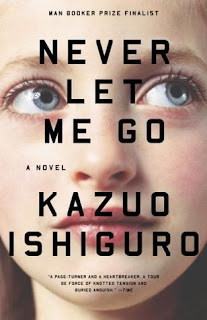 What is the best (worst?) dystopia (not written by a cishet white man)?

The world is in ruins. Or maybe it's not in ruins but there's just something a little off. Or maybe it's perfect, but the price is the torturous misery of a single innocent child. Or maybe there's some ham handed analog for racism that's going on between the white kids' strange methods of dividing themselves up by SAT vocabulary words. In any case it's a dystopia, and it is doing its literary work to hold up a twisted mirror to our own society.

1- As always, I leave the niggling to your best judgement because I'd rather be inclusive. If you feel like J.K. Rowling writes dystopia, I'm not going to argue. (Though you might need to "show your work" to get anyone to second your nomination.) If you think Pern is a dystopia, nominate it. I won't be enforcing any rules about it being future Earth or anything.

3- You may nominate two (2) dystopias. Two is the number of nominations. Neither one nor three shall ye nominate. And four is right out. I will NOT take any dystopias beyond the second that you suggest. (I will consider a long list to be "seconds" if someone else nominates them as well.)

3- You may (and should) second as many nominations of others as you wish. So stop back in and see if anyone has put up something you want to see go onto the poll.

4- Please put your nominations here. I will take dystopias nominated only as comments on this post. (No comments on FB posts or G+.)

6- No more endless elimination rounds. I will take somewhere between 8-20 best performing titles and at MOST run a single semifinal round. So second the titles you want even if they already have one. (Yes, I guess that would make them thirds, fourths, etc...)
at March 14, 2018