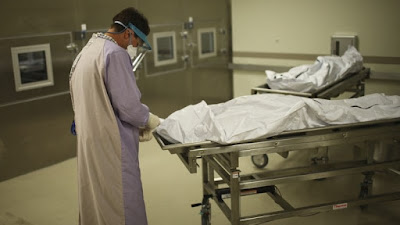 Folks, know I'm a progressive and a leftist and antifa and all that jazz. Counted among those I love and respect are anarchists who would never legitimize a colonialist power's government by voting in their elections all the way to actual Democrat politicians. Me, I'm pretty much in the "harm reduction" camp. I vote because while there are lots of legitimate reasons to be disaffected, that's probably the most useful thing I could do to keep my loved ones safe on a Tuesday afternoon. There will be a lot of analysis to come, but I'm on the West coast, so I got the gist of things before I went to bed. I spent a lot of yesterday writing intensely, so today I'm just going to put a 2.0 version of some of my Facebook thoughts.

I'm sad about Florida and Texas (and Iowa) too and it would have been sweet to blue-wave so hard we flipped the Senate to the shock-reacts of the GOP and smacked the smug fuck-your-feelings-snowflake sneers right off their faces. But we were never supposed to win that stuff. No polling data had it even possible. There weren't enough Republican senate seats coming up that were in play this year. Nine million fewer Republicans voted and they still picked up three seats. That's just a reflection of which seats were up for re-election (the Senate is a six year term).

And yes, we saw an open white nationalists get elected. And a literal Nazi get elected. And candidates being investigated for felony charges get elected. And brothel owner who had been dead for three weeks get elected. And we saw some really disappointing races bend to the right as the party of family values proved there wasn't any "family value" that they loved more than maintaining power. We saw a lot of evidence that there are huge swaths of white people in this country who are not in the slightest put off by Trump or his rhetoric of bigotry and devisiveness, internment camps, trans erasure, xenophobia, white supremacy, white nationalism, and literal Nazis.. In fact, they embrace these things.

That is the sobering reality of the Republican party's right wing populism right now, and the fact that Trump IS the GOP––you either kiss the ring or you're out. And it would be all too easy to adopt this narrative without nuance or caveat.

There is another narrative, of course. Because here's the thing, and there's no getting around it. In a midterm election and with an economy that is doing pretty good, the left managed to deliver a hardcore indictment. All things that would work against the results we saw last night.  (The left votes less, votes less especially during midterms, and when the economy is good, people usually meh-out on midterm voting for the status quo.) Despite all those things, the message was delivered loud and clear. 31 MILLION more people voted than in 2014.

Democrats have a check on Trump now. Not just a speed bump of protest. Veto power. Budget power. Subpoena power. Adam Schiff in charge of the House Intel Committee. They HAVE to work with Dems now.

Despite ALL their attempts to suppress voters (through voter purges, through gerrymandering, through voter ID laws, through intimidation, through closing polling stations or forgetting to send them power cords), we took the House. And that means the investigations (some into the very voter fraud that may have influenced this election) stop being winks-and-nudges and "We investigated ourselves and found we did nothing wrong" and may actually start uncovering the corruption that has practically been "What are you going to do about it eh?" since 2018. The rubber stamp on fascism is over. We're getting governors who will be seated when the 2020 census happens (and the gerrymander maps get drawn). Millions of Florida voters were re-enfranchised. Bathroom bills were struck down. Races that should not have been close were neck and neck until the last, and freaking TEXAS might be a battleground state by 2020. Entire states have gone deeply blue that weren't before. Folks are elected to congress from groups that have NEVER had representation. State legislature is flipping like popcorn. There have yet been some upsets that'll keep em' guessing.

And perhaps best of all, there's some stop energy to the Trump steamroll. Folks who were rolling over because it seemed nothing could stand up to him may now find their courage.

An indictment has come down. On internment camps. On trans erasure. On taking away the A.C.A.

We knew today was going to be when the real work started. We KNEW that. Collective action doesn't begin and end with only voting. We face only the reality that the "good job, let's keep going" is a bit more true than our most ambitious fantasies.


We were never going to fix everything that is so, so wrong in one election, but harm reduction had a good day.
at November 07, 2018