A Writer's Resolutions: A Template for Setting a Kick Ass New Year's Goal 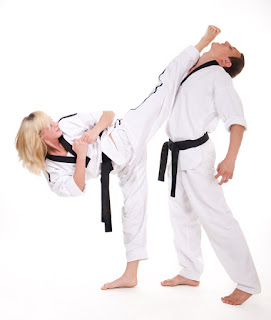 [CN: For discussing weight loss as a bullshit metric.]

A goal is a dream with a deadline.

That's some deep stuff right there. Dreams and deadlines and shit. Deeper than the punch in Kill Bill II. Hella deep.

I'm not one for Gregorian calendar resolutions myself. I did a bunch of I-am-one-with-my-year's-journey reflections and some rebirth commitments on the solstice, and I set a bunch of blog goals usually when Blog has a birthday in February. (Six this year! Can you believe it??? My little baby!) But I know a lot of folks out there look to the new year for recentering and reaffirming goals, and a lot of writers make resolutions about their writing.
So I'm here to tell you how to take your New Year's Resolutions (or any long-term writing goal, really) to Bruce Lee levels of even-kicked-Chuck-Norris's-ass awesome.

It's fine and well to have goals like getting published or making that first paycheck, but you really need to put those in a different box. It's the box of shit that is nice to hope for and the box you can influence, but is ultimately out of your hands. You can't control who decides to publish you or how much money you make or FB's throttling algorithm or how many followers you have on Twitter.  What you can control is things like how many submissions you make or how many pages you write or how many agents you query. So pick the goals you are completely in control of, and it is likely that with that much determination (and a little bit of luck), the "plausible dreams" will attend to themselves.

2- Pick a goal that isn't bullshit.

Time to be honest with yourself. Brutally, mercilessly honest. The Van Damme-in-the-final-reel-of-Bloodsport honest. If you just had a baby and work a full-time job, your novel isn't getting written this year. Or next. Or likely the one after that. You need to pick a goal that you can reasonably hit and that isn't total bullshit. You can't query an agent every day for a year (not unless you want to do no other writing), but you can probably do two a week.

Most of these bullshit goals, I can't name for you. Only you know your limits, Grasshopper. How fast do you write? (I don't write very fast. I produce a lot because I work eight hours a day or more.) How much emotional rejection can you handle week after week? Is it really possible to write AND revise your entire novel in one year if you have a full time job, or will you have to settle for drafting it? If your goal is bullshit, then all you'll ever at the end of the year is the feeling of failure and inadequacy. If you pick a reasonable, attainable goal, that you can legitimately achieve in one year, you can be feeling quite like Sing at the end of Kung Fu Hustle.

3- Pick a goal you can measure.

Personally, I hate weight loss goals, and the whole idea of the beauty, health, and fitness industry hanging so much on a number that has nothing to do with any of those three things, so take a massive grain of salt as I use this perennial cliché of people vowing to lose weight every new year to illustrate a point. While some people are so sucked into society's crap that they actually care what the actual number on the scale is, most have far more delphic underlying goals like wanting to feel better or get back into shape or look hot naked. And while I would strongly encourage such people to set goals like how fast they can run a mile, how quickly they can take the stairs at work, or...well, finding partners who know they already look hot naked, many goals gravitate around that useless number on the scale because it's easy to measure. Easier than blood pressure or number of push ups in an hour.

Picking a goal that you can measure is key in setting a good goal. You want to know you hit it. You don't want to "give it to yourself" some days and let your self-loathing dictate that you missed it and suck on others because it's vague. You don't want to write "more" or "better." If you wrote ten pages last year, writing eleven pages would be "more," but that's probably not what you had in mind. Making your rough draft "better" is fine, but you can't really measure that. Technically if you find one missing comma, it's "better," but I'm guessing you won't be sitting here on Jan. 2 in 2020 having added one comma and think: "This was a good year!" Revision is hard to quantify, but not impossible to measure. You can say you're going to put something through all the levels of editing: content, structural, copywriting, proofreading (and add a sensitivity edit if your book involves content you want to make sure you get right like race).

Give yourself a number of pages, a number of hours, a number of words. A measurable bellwether that you can objectively determine success or failure and that requires no subjective judgement. 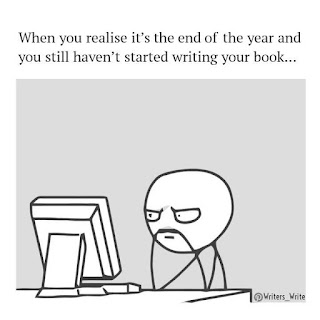 4- Be as specific as you possibly can about your goal.

Want to mush out a goal and feel more defeated than post-Seagal Tommy Lee Jones in Under Siege? Give it no specificity.  Don't sit down and think about your approach. Just spend 30 seconds splattering out some meh-defined goal and then act like surprised Pikachu next year when you're not really any closer.

It's really hard to hit a goal if you don't know what the goal is, and that includes if you only sort of kind of know what the goal is. You look like you're genuinely drunk and just stumbling around uselessly. Not at all like you are the deceptively effective weapon that is Jackie Chan in Drunken Master (I and II). If you have some vague goal like "finish my book," hit that thing with a high-powered, orbital specificity beam.

When you say "finish my book" do you mean that you want to draft it? Or is what you really mean that you want it finished and headed towards self-publication? If the latter, you need to think about finishing the first draft in five months, the first major revision in two more, probably a second major revision in another month, a full content editing with an editor in one month, and structural editing in one, and copywriting and proofreading in month 11, and just enough time for beta reading in the 12th month before you start formatting your proofs. That gives you a much higher level of specificity for what you're going to be doing in June than just "finish my book." Or if it's traditional publication December might involve querying agents (beware that they often ignore queries in from Dec-mid March because of NaNoWriMo, and you might want to lead with the fact that this isn't a NaNo novel in your cover letter).

If you have a timed goal of writing a thousand hours of fiction this year, it's not enough to sit down to a computer and then tab over to Facebook and argue politics for two and a half of them and then take write a paragraph. You need to come up with a goal that is specific to what you want to accomplish. (If any writing is acceptable as practice, then arguing politics is great as long as you're writing something.) If your goals are publication based, include how many submissions you'd like to make and hours that you're going to need to spend researching your niche.

The more specific you can be, the better your chances of hitting your goal.

5- If it's not already, break that fucker into 250 bite-sized pieces that each follow rules 1-4.

Also not 350 or some shit like that. This is a whole year and you are a mammal. You can't be on all the time. Shit's going to go down. You're going to get sick. You're going to need rest. Life is going to kick your ass like it's Michelle Yeoh and you're a dragon trying to hide (or maybe a tiger trying to crouch--whatever.) You're going to want a fucking day off. Make time for it. Fold it in, and be a reasonable human being who sets reasonable goals.

Hey, if you want to work every day and have your goal knocked out by mid-August, get on with your bad self and be kick ass like Tony Chiu-Wai Leung in The Grandmaster, but for now, we're going to assume that you're going to take one day off a week and make allowances for being sick, being too damned busy, or needing time to grieve a loved one or something.

If you're a seasoned vet writer who hits the wordsmith daily and never so much as takes a day off, then you can break it into 300 pieces.  On the other end, if you know you're going to lose roughly a day a week to chronic illness or mental health shit, do 200 instead.  Tweak as you will....but no bullshit.

Now here's where you have to be more kick-ass than Jet Li in Once Upon a Time in China II: You have to make all your little 250 daily goals conform to the first four parts of this list. Each day, your tiny goal has to be something you can control, something you can measure, something specific, and something that isn't bullshit.

Your little goals have to be things you can control. You're not going to be able to control getting ten Twitter followers a day or produce two pages that your spouse thinks is great. Like your big goal, focus on things you have control over.

Your little goals must be measurable. You might want to revise your book completely in one year, but if each day you sit down and go "Eh, I did a couple of pages...whatever," you're going to end out the year feeling like Jet Li at the end of Hero. (OW!)

Your little goals must be specific. Down to the page count or the word count. The more specific they are, the better. Don't rely on a vague sense of progress.

Your reaction to this daily goal should be "I can TOTALLY swing that! That seems almost......too easy." And maybe it is and you amp it up next year, but for now that's your baseline goal and there's nothing stopping you from doing more if you want to be like Po in Kung Fu Panda. But whether your goal is hours or word count or pages or steps towards a finished novel or includes steps like submission, revision, or working with editors, keep each daily part small and manageable and keep at it.