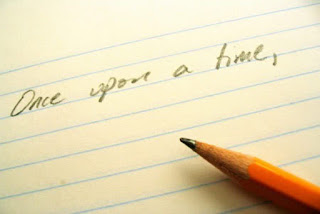 If you learn one thing from this blog, let it be....well, let it be that you should write every day if you want to be a paid writer. But if you learn TWO things, let the second be that controlling the narrative is true power, possibly greater power than splitting the atom or splicing genes. The ability to say who is right and who is wrong and whose story we will not even listen to is the power to take a species of storytellers and exert the ultimate social control over them.

The Republicans DESPERATELY (and urgently as their numbers slip every day) want to paint this shutdown as just a simple negotiation gone wrong because of the Democrats, and the declaration of a state of emergency as merely another tool in the executive toolbox to get things done when the opposition has the votes to veto. (Odd that I can distinctly remember them howling about "executive overreach" just a couple of years ago....) They want to paint Dems as intransigent and unwilling to negotiate despite being the ones to walk away from the table, refuse compromises that would at least end the shutdown, and even having their party leader refuse a Republican compromise. McConnell won't even take up a bill to keep other parts of the government open, chiefly because he knows it would pass, and force the President into the optics of vetoing a million paychecks.

Republicans desperately don't want the Democratic narrative taking hold; i.e. that playing politics with nearly a million people's livelihoods creates a "hostage situation" and that if they wanted to pass legislation for a wall, they should just pass it like any other legislation. Oh wait, they can't. It's unpopular and the American people don't want it.

Unfortunately Trump's biggest problem right now is that he's NOT a Washington insider. He doesn't know how the winds can change. Those with expertise tend to be very sensitive to the narrative and which way it's shifting. Whether because he chiefly listens to Fox News or because he fires everyone who isn't a sycophant, Trump is unable to recognize the clear signs of a cause being lost by inches over time.

This potential for the narrative to shift is the same reason the GOP kept calling for votes without a floor debate, accurate reporting, or even time enough for everyone to read the legislation: they were passing unpopular laws based on unpopular policies and the Republicans knew full well that the longer anyone got to talk about the actual facts, examine the issue, do impact studies, talk about the issue openly, or even READ the goddamned thing, the more public opinion would swing against them, even from their own constituencies. It's the same reason they rammed through a SCOTUS appointment without an investigation and then shrugged and said "who's going to investigate these fifty complaints now?" They have relied on their reputation as fiscal conservatives and good faith actors to act impugned when their motives are questioned, but they needed that legislative blitzkrieg so that the narrative could still be (R) vs. (D) and us versus them and they could walk away with a win at any cost, only later for sob stories of betrayed rural voters to crop up in the media because the Leopards Eating People's Faces Party ate their face. 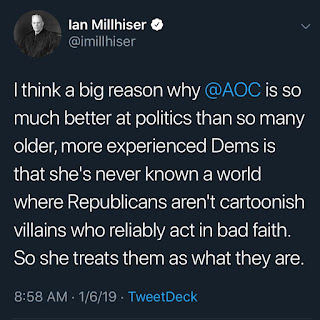 I make no bones about the fact that while I think Democrats are FAR from perfect (or even "okay" much of the time), Trump Republicans have made revolting and harmful bigotry and abject cruelty towards me and the people I love part of their political DNA. This is the party that supports and is supported by white nationalists, literal nazis, and where prominent party members like Steve King come right the fuck out and openly wonder what the big deal is about white supremacy. Some may receive some harsh words from fellow Republicans (mostly for saying it out loud), but the right leaning voters don't stop electing them and the RNC doesn't yank their funding or do the Klingon back-turn discommendation ceremony. And the leader of the Republican party was elected president because he just comes right out and SAYS the bigotry so many are thinking of. So I have no problem pointing out the narrative that they are trying to float as the same sort of fact-immune alternate reality, we've-always-been-at-war-with-eastasia absurdity which began on day one when Trump tried to claim his inauguration was bigger than Obama's.

...and continued later that day when he assured us he didn't really lose the popular vote.

...and hasn't really stopped because he just swore he never said Mexico would pay for the wall.

Trump is working against a lot of simple, cold, hard facts surrounding the issue. Trying to flip the narrative blame onto Democrats is going to be an uphill battle (not that he won't try––he is notoriously allergic to taking responsibility for anything he perceives as negative––the buck stops....with everybody). Frankly, it takes a measure of cognitive dissonance to buy the party line:

Ultimately, the power of the narrative is working against Trump the longer the shutdown drags on. He'll have his 30% base pretty much whether or not he starts eating babies on live TV, and since adulation is all he can handle listening to, he will continue to have a very disconnected perception of his image, but the rest of the country blames him, more and more Republicans see the way this is going to hang off them like a millstone and are jumping ship. What Trump has indicated as an "almost certainty" is that he is going to declare a state of emergency, his wall funding will end up quagmired in the courts, he will have to deal with the dead albatross of the optics of using Puerto Rico's emergency funding to build a monument to his racism. And blame for the whole thing will land squarely on him and the GOP that enabled him.

He was worried a couple of weeks ago that the fed raising interest rates was going to make him Herbert Hoover unpopular.

At this point, the narrative should be so merciful.
at January 11, 2019