The Admin is Adminning (Personal Update) 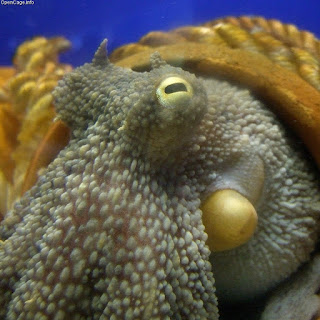 "The hour is nigh! The portents have been fulfilled. THE TIME OF PROPHECY IS UPON US!"

Okay, not really prophecy so much as what Real Chris told us was going to happen. I just really always wanted to say that where I could hear it echoing and the P.A. system here is AWESOME.

But seriously the actual time that is upon us is an admin break (and a regular break too) here at Writing About Writing.

As you know (or maybe don't), our Patrons here at WAW are completely awesome sauce. They are the reason Chris can write more than once or twice a week. But as you also know (or maybe don't), writing pays for rent, food staples, and NOT MUCH ELSE, so if Chris want a cell phone, health insurance, and a the occasional vegetable medley, he has to work some side gigs. Because of aforementioned Patron awesominity, he doesn't have to drive 50 miles to petsit or teach ESL classes at the local community college anymore, but he does do freelance writing, editing, local petsitting...

...and of course nannying.

The big news that can now be shared is that the nannying gig just doubled its number of kids. Now it's a five year old Contrarian and a new infant. The last couple of weeks have been pretty non-stop, and it's time for Chris to spend a day sleeping in and playing first person shooter games.

Plus once Cathamel comes back online, the first thing Chris has to do is a lot of writing to do for those awesome Patrons. The monthly post that gets cannibalized for a newsletter and the quarterly Friday post that gets cannibalized for an "Inside Scoop" letter both are happening in the next few days. It's the closest thing we'll ever do to exclusive content and a small way I have of saying thanks to all those patrons for making writing viable.

And on top of THAT, there is actual admin work to do. Menus are falling apart from neglect behind the scenes, and the FB throttling at the end of the year is going to make figuring out which articles (actually) did the best kind of an epic pain in the ass.

Don't worry. We're not closing our dors. There will still be reminders to nominate titles for our current poll and at least one more part of our ongoing Bioshock series. Plus even with duct tape and silk ropes it's impossible to keep Chris down for very long (unless he has a safe word and uh...you know what, maybe another time on the rest of this), so he's likely going to be back at the computer by mid-Thursday no matter how many tranq darts I shoot him with.
at January 29, 2019