What is the best fantasy book (or series) from before 1975?

The first semifinal round is over and we have the results. But don't go anywhere. The second semifinal round starts TO-NIGHT. Scroll on down and vote on the next round. Again, four will go on to the final and we'll lose the bottom two.

The Chronicles of Prydain and Gormenghast will get some lovely parting gifts, but won't be joining us on the final round. Thank you to SO MANY for voting. This was a really spectacular turn out.


The second semifinal round is already live. 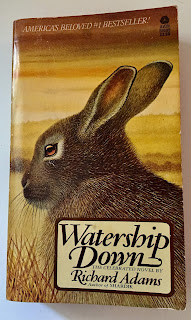 Tomorrow is my ass kickingest of days and we have to keep moving if we're going to get onto our new poll by June. So we won't be taking the usual day to turn around. These semifinal rounds are going to go VERY quickly, to get through this first part of the process. This poll will only be up a week (and another week for the second half) so we can get on with the final round. So please make haste.

If you're on mobile you can scroll ALLLLLL the way to the bottom and click on"webpage view" to see the side menus and get to the polls.
at May 06, 2019