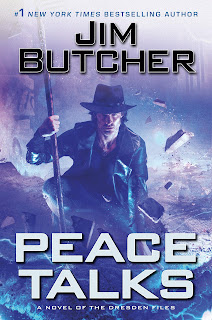 What is the very best fantasy book (or series) written after 2010?
Our latest poll is live!  Come vote!
Our poll was pulled from your nominations, and now you get to decide which ones will go on to the final round. There weren't a ton of nominations, so this time I took everything that got a even one second.
Let me just make ONE caveat. This poll is about BOOKS. It's about writing. If you are dying to see The Kingkiller Chronicles turned into a movie, but find the books a little slow, you shouldn't be voting for The Wise Man's Fear.
I'm pretty sure I know how this poll is going to go, at least until the final round, but sometimes y'all surprise the crap out of me. Also yes, someone clearly "technically" followed the rules to get The Dresden Files series nominated. I Spock eyebrowed it, but I do sort of encourage shenanigans.
The actual poll is on the left hand side at the bottom, beneath the "About The Author" section. Mobile viewers will have to go aaaaaaall to the very bottom of their page and switch to "Webview" in order to access the poll.
IF YOU CANNOT SEE THE POLL- You are part of a small but non-zero group. The free polling app I use recently changed hands and there appear to be some growing pains.  The following link should work for you:   https://poll.fm/10571119
Everyone will get three (3) votes.
There is no way to do ranked choice voting, so please consider that every vote beyond the first "dilutes" the power of your initial vote and use as few as you can stand to use.
at June 23, 2020