June: The Meta and the Personal 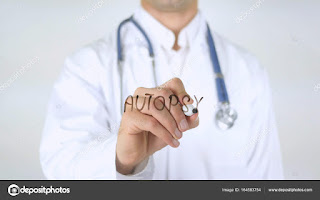 What the fuck just happened?

I mean, I know I don't "just suck," and my work ethic usually worries people (including doctors who want to see me not die in my fifties of heart disease from stress), so how the hell did I manage to fuck up May so badly.

I have NEVER had a month where I only got six posts up––most of them about the polls I run. (I think twice that number might still be less than previous "worst month.")

But here we are.

So.....as this blog stands as a real-time example of how to establish, have, and maintain a career as a working writer, I'm going to perform this autopsy for all to see.

Take note, would-be writers. Even those of us paying the bills with our writing have to sit down once in a while and give OURSELVES performance reviews with a lot of ticky boxes marked "Opportunity for Improvement." And then we have to synergize* with ourselves to come up with a thought shower for our holistic plan to onboard more posts and get out of the weeds because we're as far up the flag pole as dynamic symbiotic engagement can run.

(*Don't call it "touching base with yourself" unless you want to confuse people with dirty minds....which is like, ALL my friends.)

Problems (as I currently see them)
Solutions (each respective to the same numbered problem)
If I fiddle with ALL those knobs, the aggregate result should be a June I don't actually feel a little bit ashamed about. And while I know I need to take my own advice about being kind to oneself (as do all of us in such a fraught time), let me leave you with two thoughts:

1- I do not think my dedication to write a LOT as a matter of discipline and the fact that the thing most people want to know about me is how I "made it" are separate issues. I've never known a writer of any success who did not have a routine they were constantly trying to squeeze a little more out of.
2- If you pay close attention, none of my "solutions" are really added work. I didn't decide to put an extra hour in each day on the weekend or get up thirty minutes early. (I mean one of them is "don't have dental work for a while.") If anything, I just moved some things from one pile to another and told myself in my best Uncle Iroh that June is likely to be less bullshitty. So you don't in any way need to answer sub-optimal productivity with a brutal regimen that borders on self-harm. There's a pretty big difference between "Yikes I need to write more than six posts next month," and "I will work harder."

As always you do you, don't push yourself if that's not what brings you a certain kind of satisfaction (catharsis at least, if not happiness), and thread that self-care/harsh routine needle carefully and with an eye on what is reasonable, but the other eye on where you want to be and how realistic it is that you will get there at your current pace.
at June 02, 2020