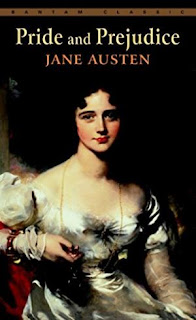 What is the best romance novel (or series)?

It's time to start a new conversation (remember we are not doing polls anymore). We've never done romance here on Writing About Writing and with Singles Awareness Day/Hallmark Holiday so close that I thought with EVERYTHING that's been written in the genre, it is time to recognize that even though a Harlequin Romance with a triple digit number on the spine might not, in a manner of speaking, be the literary event of the century, there's still some good stuff there over the years that deserves to be celebrated.

For those still getting used to NOTpolls or who remember the years and years of more traditional polls we ran here, there are still rules (below). But instead of trying to figure out what more people think is the BEST (which usually turns into which book has the coolest movie adaptation anyway), we're just going to have a good chat about good books and all come away with some suggestions for our To Be Read Pile™. We'll still have the system of seconds (and "thirds" and "fourths"), but all that will determine is which goes to the top of the list when I post the results. And I'll link out the original nomination post for folks who want to go see what people are actually saying about the book. Eventually these posts listing the results will be compiled in a massive "book recommendation" post.

One thing to note is that much of the romance genre (and a lot of the best of it) is cross genre. So while I won't police this, it's up to you to keep an eye on whether you're nominating a Romance Sci-Fi or just some Sci-Fi that happens to have a strong romantic subplot.

Hopefully, we all get some great book recommendations out of this new format.