Here is a collection of the best memes and statuses from my public Facebook page over the period of Dec-1st through Dec-16th. (You're welcome to follow me there but read up in the Facebook FAQ [last question] before you send me a friend request.) Technically when I catch up on these, I'll go back to taking Wednesdays off, but we're REALLY far behind, and I don't want to cannibalize our regular posting schedule, so until we're all caught up, that seems the best day to drop these.

Most of these are not contextual on an event of the moment, but do remember that it was in December, so there's some holiday stuff in there. 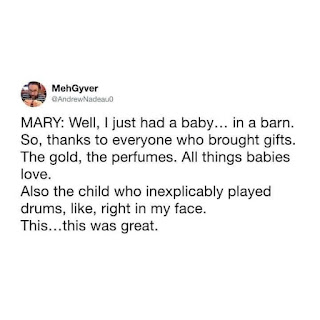 ~pulls over the bus~

~turns off the engine~

We have, in the tiniest way, beaten back the mainstreaming of open, naked, ostensibly fascist forces in a single political election cycle. And “Fuck Trump” may no longer be the glue that binds us all together. It’s been an awesome four years. Maybe the real PTSD are the friends we made along the way.

So now you have a choice.

You can accept the following two post-Trump facts about your writer friend Chris: 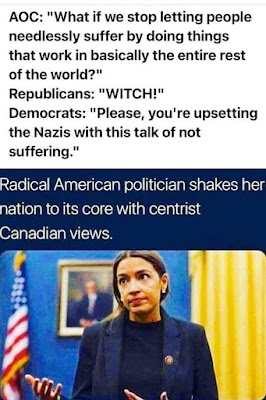 1- On the political spectrum, clock me to the left of Bernie Sanders. More in the AOC range. I’m not an authoritarian, so I might cheer a good “comrade” meme, but “socialism” is a more accurate description. I’m also not an anarchist because what works as a means would be disastrous as an end. If you are either of those things, I think we are basically on the same page and will be working to the same goals until my bones are dust, but I have significant issues with both too much and not enough centralized authority.

I also think a violent revolution wouldn't achieve what the left wants (historically it never has) and hurts mostly marginalized folks anyway, so while I laugh at a good guillotine meme, I'm not here to suggest we take on the greatest military of all time and those who do have probably watched Red Dawn too many times.

I’m into radical liberation, radical equality, try to be as intersectional as possible, and I think most of the systems people want to work “within” have made the rules so only a certain group of people are treated fairly, and those systems need to be dismantled (NOT JUST TWEAKED). And I think if we don’t change things really, REALLY fast, our climate is going to do the kind of damage to humanity that will make Covid look like a gentle summer breeze in the park.

2- I’m going to be pragmatic about how much can be done in a single election, what happens if we get so into purity that we lose (the GOP gets to govern), and how useless yelling “bootlicker" AT the labor class for not loving our guillotine memes enough will ever EVER be. About how different (real world, people's lives, working-class outcomes DIFFERENT) the two parties are, even when they share certain harmful assumptions about things like neocolonialism, neo-imperialism, exceptionalism, and capitalism. About whose coattails we can ride to the next station towards democratic socialism and beyond, and who is throwing away political power on absolutely meaningless protest votes. About the long-term effectiveness a brand of radicalism that is so hard-core it gives people PTSD and ignores folks who would be mentally harmed by trying to keep up. And while I try not to judge people under circumstances I don’t claim to understand, I will advocate for things like voting and not for things like talking a big game about taking on the U.S. military or the extrajudicial murder and/or torture of those who "deserve it." And that there is always—fucking ALWAYS—a tomorrow and tomorrow and tomorrow to deal with even after a WILDLY successful protest movement.

There are days when threading that needle is the hardest thing I do and at LEAST one of these two core tenets touches almost every aspect of human activity in some form or another, whether it’s the media I consume, the brand of candy I love but never eat, who I call out, who I call in, or how often I drag my really-don't-wanna introvert ass to a protest so I can stand and be counted.

And while I am always open to persuasion and try to incorporate new facts instead of getting cognitive dissonanc-y, you’re not going to hector me out of these two core beliefs with the typical internet asshole-makes-right hyperbole. You can disagree and scroll on. You can communicate with me like I’m a human being with feelings. You can try to understand and share your own perspectives in return, knowing that we may both be “enriched” without being “converted.”

And you can accept these two facts....

OR THIS IS YOUR STOP? 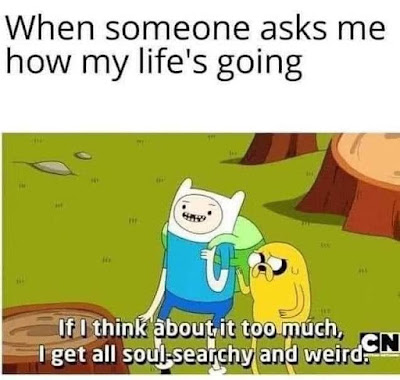 My tombstone is going to say, “He wasn’t really asking for advice, but he loved and appreciated the spirit in which he knew it was offered and all the people who cared enough about him to give it." 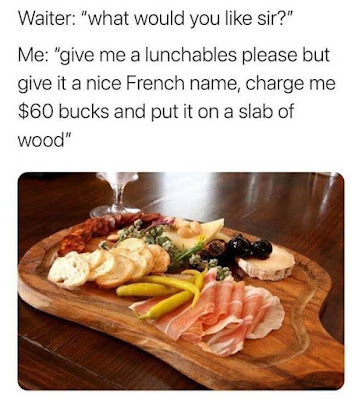 Conservatives when they lose: "SCOTUS, tell these other states that they don't have rights if we don't like what they do with them—say if they use them to conduct elections in which we lose."

Conservatives when SCOTUS tells them to fuck off: "Welp. Guess it's time to take our states and go make our own country. With Trump and blackjack."

It was NEVER about Federalism. It was never about patriotism. Never, never, never ever. 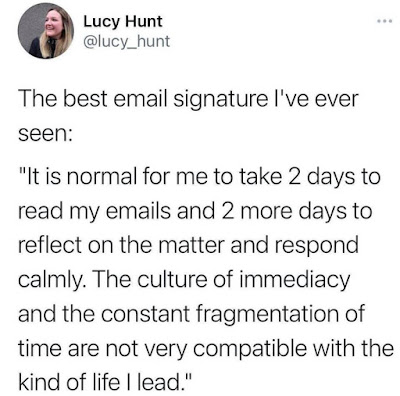 Leftists for the last 14 elections I’ve paid attention to (and one California recall election): Why should I learn to read the room? Those bootlickers are the ones that suck! 

Leftists: Not if people vote for us!  That's how voting works, donchaknow?

Me: Yeah, but they WON’T vote for us if we don’t learn to read the room. They are the people we need. They are the proletariat. They are the labor class. And you’re pissing them off and making fun of them instead of making your case.

Leftists: You’re not a real leftist… 

“It didn’t seem to bother you when Trump did it.” 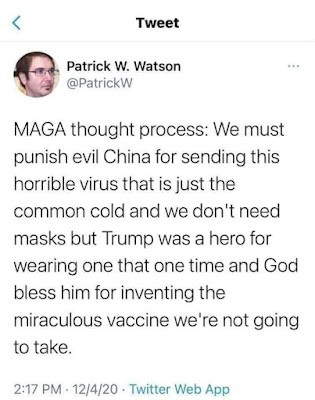 Having never been actually censored or systematically oppressed, privileged folks (cishet white men in particular) often can't perceive an appreciable difference between being challenged socially (say on Twitter by an angry person who uses all caps and tells them to deposit themselves in the nearest waste bin) and the governmental censure of free expression. If you besmirch the emotional labor they use to uphold the status quo (Status Quo Defenders--SQuiDs), even just a little––even when they claim to agree with the precepts of equality and you just want to challenge their perception of what that might actually LOOK like––they equate it with armed agents of the state dismantling a printing press or their being thrown in prison.

Hence they invoke "free speech" when what they really want is "freedom from (all) consequence." (And if you don't mind pay them, and never criticize them either.) 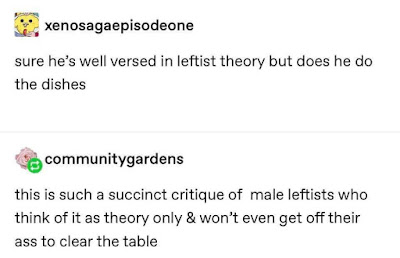 Portions of the right: "There is a civil war coming and we are going to HUNT liberals. We are going to kill them in a blood-letting to take back this country for real (read: white) Americans. Let's go to a special social medium so we can talk about this without being censored." [Because lord knows how sensitive FB is to bigotry.]

The rest of the right: *conspicuous silence*

The left: "Wow. I'm sick of this. You don't even call that shit out in your own party? Y'all are fucked up."

The rest of the right (and moderates and even a few liberals): "Oh my god, are you serious with this rhetoric? When did you all become so incendiary? So much for tolerance, I guess. You need to get your far wing under control." 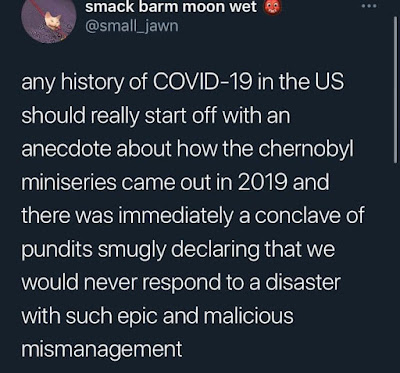