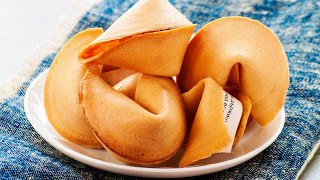 You do not have to choose between supporting authors and using libraries. I love that you want to support authors, but I absolutely positively promise you that libraries are completely fucking AWESOME for authors. They buy actual copies. Then they lend them out. Then they replace them as needed, which includes buying more copies if the book is popular. Then they notify other libraries of what's getting checked out, and THOSE libraries start buying copies. And the whole while, anyone who is legitimately checking out those books might develop an interest in having a copy for their very own or exploring the author's backlist. Plus the librarian might be recommending your book to people who come in asking about "suchandsuch" a genre with "soandso" of a style.

A really good literary argument could be made for the fact that the director is a play's "narrator," who does all the work ahead of time so that the story "tells itself," and in fiction there IS a narrator who is telling the story. So if you are willing to give up your narrator, you might want to write drama. If you are not, fiction.

If all the factors are aligned against you and it seems like the hosts of heaven and hell themselves are trying to keep you from writing, and despite that, you just keep finding the time to do something, and you just keep pushing, and you just keep not giving up, when all those factors go away, THEN your productivity positively explodes. All that work and discipline during the hard times was like running across the beach with cement shoes. Suddenly you put on sneakers and get on solid pavement and the hard work and discipline muscles propel your unfettered feet like you have those little Hermes winged shoes or something.

Failure is the background radiation of most artists' existences. I can't think of a single artist I've ever personally known who's kept to a schedule for more than a little while or reached all their deadlines (external or self-imposed) or finished anything longer than a few-hour project––other than maybe freelance work––exactly when they thought they would. Certainly not any who I've read about (except maybe Stephen King on cocaine, and maybe we shouldn't get into that as a legit exception).

Folks, I haven't been shy about the fact that I think NaNo puts galaxies of emphasis on only specific parts of writing, that what you end up with might be a phenomenal accomplishment of which you should be Luke-After-Star-Wars proud, but it is by no stretch of the imagination a novel that is ready for publication. Holding onto that discipline of daily writing instead of taking the next eleven months off may not definitely get you to your goals, but it is a capital idea.

You can't win em all. Some days you have to look at the clock after a longer shift than you thought at your second job, and two appointments and a nap that you WOKE UP FROM after 8pm, and just say "It's not happening today."

Summoning creativity on demand requires one to control their muse instead of their muse controlling THEM. And that requires discipline.

The answer to the question of how to "make it" doesn't change. (I do try to get people to explain what they mean by "make it," although the answer is usually to be a comfortable working writer with a flourishing career.) There isn't a shortcut to this success. But folks will ask it over and over again like one day someone is going to say, "Look, actually, the answer is Omega 3s. It was never write every day. We were lying, and you finally broke us with the 7 billionth time you asked the question. Just eat more fish."

Even with clouds and triple redundant backups and USB thumb drives and everything else, you're probably going to lose some of your writing. And if the only reason you're writing is because you have put so much into it, that sunk cost moment is going to be a rough one. If the only reason you were slogging on is because you'd come so far, you will find yourself leaning over one heck of a psychic volcano.

It's normal to be upset. To flip a table. To abandon a project. Maybe even to give up for a while. But what happens then will be the most interesting part. Did you write because you had all this effort sunk into it? Or did you write because not writing was terrible or because that story was desperate to get out? Have the reasons you write been obliterated, lost in some pixel (or ink) graveyard? Or will you come back to the page for the same reason you did before?

If you want to see who is mistreating authors, look at Amazon (and don't forget the publishers). Price fixing, denying authors their "commission" unless the Audible subscription came from a certain URL, slashing royalty rates, denying more and more money to the author whether you go big five or independent because the entire industry landscape is dotted by various distribution monopolies. They're Kaiju trying to smash each other's market share and authors get trampled underneath.

Editors are your friends. They are the healer in your raid party. They are the medic in your platoon. You can't do it without them. (You technically might be able to, but you shouldn't. I mean you really really really shouldn't.) I can't stress enough how important they are for even a veteran writer. We all have ideas we could be expressing better.

A lot of writers have the problem that they don't have a platform. They write perfectly well and then they don't or won't self-promote. And even if they're still stuck in the last-generation model of traditional publishing, they aren't spending enough time having release parties, going to readings, or pounding the pavement to put their books on consignment in bookstores. (Usually because they have this mythical idea that good writing will sell itself and a true artiste never gets dirt under their fingernails. All bullshit, BTW.) So they have this really good ability, multiple novels, dozens or hundreds of short stories, often PUBLISHED work--occasionally even in prestigious venues--and no one knows about them.

The key to motivation is to need as little of it as possible.

The key to THAT is to make it a habit.

Yes there are folks who deal with so much executive dysfunction that they can't brush their teeth, but you don't often run into those wanting to find the inspiration to keep doing it.