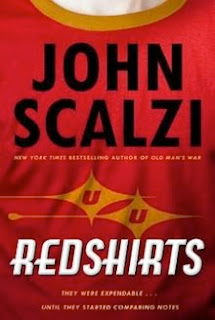 What is the best stand alone Science Fiction Book (or short story) written after 1980?

It's time to start a new conversation (remember we are not doing polls anymore). And remember to take your recommendations to the blog if you want them counted (not as replies to their posts on FB.)

For those still getting used to our Book Rec Conversations, or who remember the years and years of more traditional polls we ran here, there are still rules (below). But instead of trying to figure out what more people think is the BEST (which usually turns into which book has the coolest movie adaptation anyway), we're just going to have a good chat about good books and all come away with some suggestions for our To Be Read Pile™. We'll still have the system of seconds (and "thirds" and "fourths"), but all that will determine is which goes to the top of the list when I post the results. You can go HERE to see what the results will look like when all is said and done. And I'll link out the original nomination post for folks who want to go see what people are actually saying about the book. Eventually these posts listing the results will be compiled in a massive "book recommendation" post.

Today we're doing stand alone science fiction. Those books that are not part of a trilogy, a series, or massive world building universe, but nonetheless are outstanding examples of science fiction. And because the further back you go, the more books are stand alone, we're going to have to break this up into two separate conversations. Today we'll be doing everything written since 1980.