Getting Under the Hood (Admin, Meta) 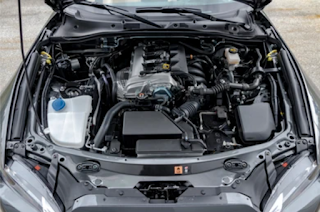 Usually here at Writing About Writing, we start the week with some admin and lighter posts and kind of work our way up to a couple of meaty offerings towards the end of the week (unless, like last week, we've got something a little special going on). If you're thinking about blogging, be warned that daily content is nigh impossible and even a couple of "good" posts a week will take you most of the rest of your writing time until you have NO other job. (We will get back there ourselves some day, but for now we're helping chosen family with the fact that we are the only nanny they can safely pod with.) You can't build an audience with one or two posts a month, but you shouldn't assume that you can write a high quality post in fewer than eight to ten hours of solid writing time either.

But since I like to keep things transparent around here, instead of just MAKING these changes quietly, I'll tell you what we're up to.

Today we had to get under the hood of an earlier post, specifically our Book Rec Master list, and make a trio of changes. We updated it with the most recent conversation about Romance (book or series). We also added the Undersung Heroes to lists displayed on that page instead of making you go to a link. This is because the links were going back to the results page, which had the undersung heroes listed, but was not where the "conversations" could actually be read. The "conversations" happen on the original topic announcement. So that's the third change I made. Those links now go to the original pages with all the threads of comments instead of just to the results.

We'll be starting a new conversation tomorrow. In the meantime, think….SCI FI.