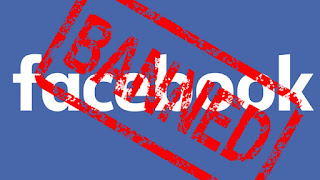 I just caught a Facebook ban. Three days this time. Apparently the bots they use to do their moderating for them (since a roughly 250 billion dollar corporation can't pay humans for oversight, I guess), can't tell that I'm kidding when I say "I'd kill to see my friends."

Though I hate that it is so beyond the telling of it, Facebook is my primary means of self-promotion. If it weren't for Facebook, I wouldn't be making enough money from writing to scrape by. And without being able to post a link to Facebook of a new article, I'm doomed to double digit views.

Which is just to say that from an analytics standpoint, there's very little point in publishing an article if I can't cross-post it to Facebook, so I'm going to be writing "behind the scenes" for a couple of days. I've got some quiet fixes that I'm behind on (like updating master lists and menu links). And then on Friday I will put up a heavy hitting article (as well as having more ready for next week).