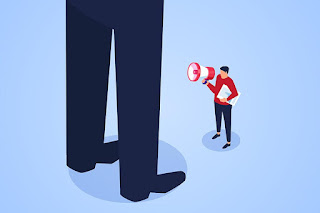 This week has been me doing a reenactment from every movie where the protagonists ability to "Get Back Up" is portrayed by having them get their ass kicked (repeatedly) harder and harder. Personally I'm a fan of Captain Marvel's, but The Last Samurai illustrates this pretty well too (despite its other issues). There were dustups on Facebook and personal upheavals and unscheduled nanny hours and…..
Which is all just to say that today (with another nanny shift in just a few minutes) is a great day just to tell folks following on social media about a small change that might have a big impact on a few of you.
I've been noticing the participation in our nomination polls is going down, even with a couple of reminder posts trying to point back to the original post. A quick and informal poll led me to the conclusion that not everyone is seeing the calls for recommendations. Algorithms being what they are (particularly Facebook's), people just don't see the post where I'm asking for nominations.

So I'm going to get a lot more assertive about reposting that first link calling on recommendations. If you're someone following close, you might see it five or six times throughout the course of a book recommendation cycle. That's to give more people the chance to see it AT ALL, but a few of you following closely may find it gets a little spammy feeling, and I apologize for that.
(Also…next week there's NO nanny hours on my schedule, so I'm going to be using the time to do some epic writing. And the new nanny is already starting to phase in, so the changes should start taking root.)
at May 14, 2021