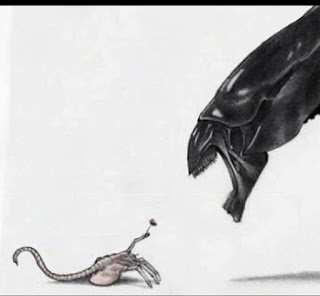 I'm coming back from a vacation and still working more hours at my other job than I want to be. Plus if I don't get one of these up at least twice a month, I get behind pretty quickly.

Here is a collection of the best statuses (and a few of the most popular memes) from my public Facebook page over the period of May 1st through May 15th. (You're welcome to follow me there but read up in the Facebook FAQ [last question] if you want to send me a friend request.) 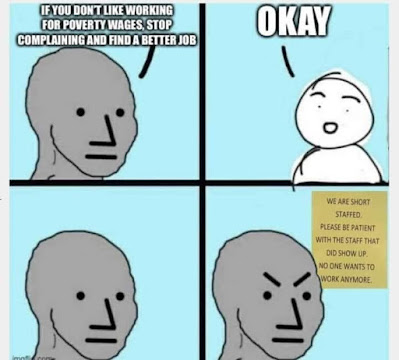 This pandemic has thrown enough into sharp contrast to see THAT (and exactly how and why) capitalism requires an inexhaustible supply of exploitable labor. The SECOND people had options that weren't working shitty exploitative jobs just to survive, they took it, and now they don't want to go back and there's an "unskilled" labor shortage.

If your entire economic system ABSOFUCKINGLUTELY depends on the (eventual) threat of death to get a sizeable chunk of your labor force to work for less than poverty wages….that's not "more natural," more "moral," or more efficient. 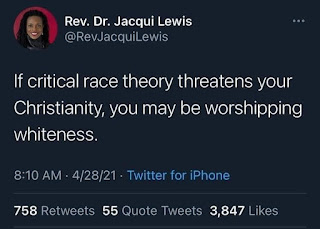 When I was in my writing program, one of my professors absolutely hated speculative fiction, but loved Six Feet Under.

One day I'd had enough of his shit, and I pointed out that at several moments in the series, when one of the main characters had an interaction with someone who was dead, it actually WASN'T ambiguous about whether or not they were talking to themselves or hallucinating or something. They ~often~ learned something that their characters couldn't possibly know, including knowledge of things that hadn't happened yet. So that made it speculative fiction.

He did not like that. He did not like that at all. The next semester, he'd "phased out" his love of Six Feet Under and was on a total Toni Morrison run. "Good fiction doesn't have to have a spaceship or some fantasy speculative element!"

So I pointed out that Beloved was a ghost story. 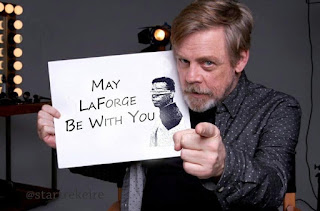 Some of the EXACT same people I watched scoffing the very concept that a fast food worker ought to make a living wage (and who always bloviated at length about the invisible hand on wages) are now going apoplectic that they're spending 25 minutes in a drive thru. 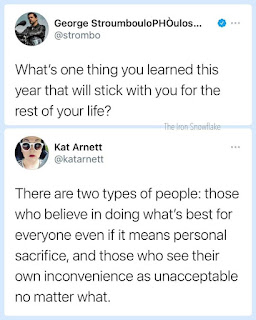 I came here to be attacked and honestly I'm having such a good time right now. 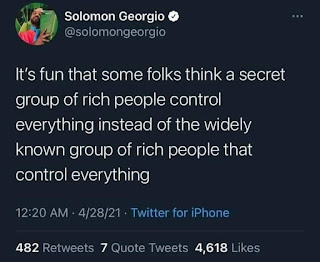 Demand for vaccines is officially going down now. That means the battle royal with anti-vaxxers that I've been predicting would hit as soon as everyone who COULD get vaccinated HAD gotten vaccinated is probably only about 3-4 weeks out. It may take another month or two beyond that to really hit fever pitch, but T-rex footfalls are making the water ripple.

It's going to be like nothing almost anyone in living memory has ever seen in our culture. Trump divisiveness and anti-science with a twist that it's not always going to be partisan (except, of course, when it is). And in a few scattershot places about the net, it's already beginning. With people absolutely unconcerned that their refusal means this all drags on longer and becomes a never-ending nightmare for folks who CAN'T vaccinate. 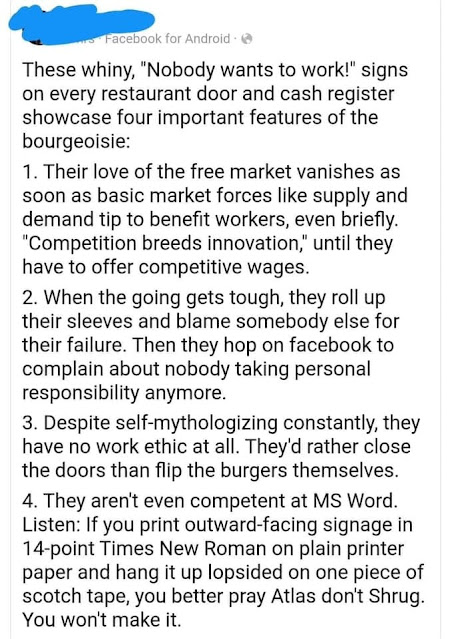 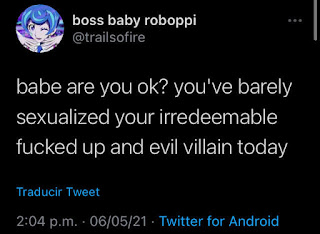