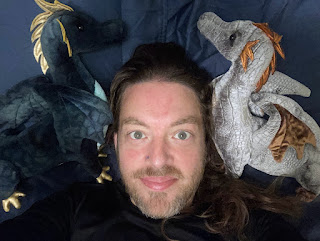 1-How do you think cancel culture has affected "free" speech?

I want you to pay very close attention to what I'm about to state next because there's a real sense in our society that free speech only ever means "me and the people who agree with me get to say whatever we want," and that anyone using their OWN free speech to retort/respond/reply/repudiate has somehow infringed upon the principle. Heads I win. Tails doesn't count.

That's all it is. It's a bunch of people exercising THEIR free speech to talk about how they feel a particular work or artist is problematic. It's a bunch of people exerting social pressure to voice their disapproval of something. That's it. There's no institutional power coming down. It's not backed by the government. Each individual can choose to keep doing whatever they want (although they might face social consequences).

It is exactly what free speech is all about.

This sense that "you can't say certain things or you will be a social outcast" has been around for a long, long time. Ask anyone on the outside of mainstream culture how this worked before the democratization of platforms via social media. (See, once upon a time, you could just say whatever and deplatform anyone who disagreed. That's a tale as old as time. It's just usually done by gatekeepers.) It's just that, when it happens to bigots or the people in power, it gets a fancy new label; it's treated like it's some new-fangled thing because THEY'VE never experienced it the way marginalized folks have for all of forever, and suddenly you have a lot of white men crying big crocodile tears about it on conservative media.

When actually…speech has never been freer.

Now there have been institutional efforts to curtail free speech. The government has been involved. And in a very real way, the erosion of that civil liberty is of great concern. But where we see this kind of institutional power and a codified effort to silence speech is in things like The Red Scare, or book bannings, or folks getting a visit after 9-11 when they were too critical of Bush, or Trump basically declaring war on the White House press corps for asking questions that he didn't like. Where you DON'T see this kind of institutional power is people who don't want to watch an outspoken transphobe make more money off their franchise.

That's all this is. People who have been running the table got a taste of their own medicine (without even the government and institutional backing) and realize for the first time in their cultural awareness that they have to consider what they say. And now with runners of snot from their nose and wavering voices, they're saying how terrible it all is.

There's some nuance. There IS a regressive left. There are bully tactics on social media. There are bad actors and mob mentality sometimes. But most of the time, the people you see suggesting that cancel culture is a powerful force affecting free speech, or in fact, is anything BUT the free speech reaction to someone else's free speech are actually just whining that their speech had social consequences that they don't like.

2- Does Rhapsody know that you're cheating on her?

Every once in a while, someone finds out just enough detail about my life to gap-fill the rest and make some snap judgements that are either insulting or hilarious depending on my mood.

Rhapsody and I are non-monogamous. Specifically we practice non-hierarchical polyamory, preferably of the kitchen table variety. That's a lot of jargon-type words you might not know, but very briefly what it means is that the relationships we may form with other people aren't limited. (We don't have "veto" over the other. Nor do we limit ourselves to just fucking around.) We do this ethically with open and honest communication.

"Cheating" means breaking agreements, and those agreements can be different to different people. In fact, being monogamous isn't going to save you from having to define cheating. One of the worst things about monogamous culture is that everyone thinks they know what cheating is. The idea that there's a default and no communication is necessary really screws a lot of relationships up. (As any monogamous couple who have had one partner get WAY into an online relationship and then face the accusation that they're having an "emotional affair" can tell you.) Is the line flirting? Heavy flirting? Some sort of emotional involvement? Or are you good if you drunkenly make out with someone but catch your breath and go home before literally PIV sex?

I have a problem with, like, ALL of these definitions (for different reasons), but what I'm saying is that most of the time two people think being monogamous will save them from having to communicate their expectations and agreements around what cheating is…and that isn't accurate.

You CAN cheat in a non-monogamous relationship…but I'm not. If your agreement is, "Text me before you have sex," you can cheat by not texting. If your agreements are "Don't ask. Don't tell," you can cheat by asking or telling. If your agreements are "I get to meet your other partners and approve them before you play, we only fool around—no emotions, and I get to be the only penis-haver you sleep with," you….well you should run screaming because this is fucking gross, but nonetheless you can still cheat by fucking someone before approval, falling for someone, or sleeping with someone else who has a penis. I wouldn't personally agree to any of these, but "cheating" just means you broke the rules you set.

The whole idea that every relationship creates its own rules might seem radical, but it probably shouldn't.

My only agreement with Rhapsody is "Disclose the S.T.I. risks you take before WE play again." I conspire with her about how my love and sex life are going because I want to. And we usually know where the other is because we coordinate on dinner most nights. But neither of us is entitled to know anything other than facts we might need to consider about our sexual health. And we absolutely have no say in what the other does.

If I fucked someone new and didn't tell Rhapsody. Or had a condom slip and deliberately didn't mention it. Or if I knew something about my partner's STI status or risky behavior, and didn't disclose it, THAT would be cheating. None of that is happening. Nor would it. If I agree to something, I do it. I may have a non-traditional relationship style, but I'm an absurdly loyal partner.

So I can only assume you took one look at non-monogamy and did the ol', "Oh…so like cheating" thing (so cliché BTW) because that's the only frame of reference your limited imagination came up with to explain what's going on when I have multiple committed partners AND hot group sex on the regular. None of which you're the slightest bit jealous of, I'm sure.

So depending on how I'm feeling that day, my answer to your question is either, "Yes, she does," "She knows that I don't," or "Fuck you."

3- How many stuffed animals do you have? And do you have a favorite? Picture please.

The two above in the preview picture are my only two. That's Winnifred (silver) and Morgan (blue).

Morgan is gender neutral. They reject the binary completely.