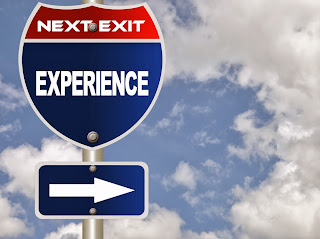 So I’m years out of a creative writing program* and starting to carve out my place as a writer!

[*I got tired of editing this every year. I graduated in December 2011]

And as I do, I’m going to post it right here.

Sometime around 2002, I hung up a sauce-stained tie, stopped managing The Old Spaghetti Factory in Concord, and gave up the USDA, public service announcement recipe for Happiness and the American Dream™, and struck off on my own path. I had tried the "real" job, "real" life, "real" responsibilities, and even saved up for a "real" house and was talking about "real" kids with my "real" spouse.

All that realness sucked balls. Sadly, not in the way that is vaguely tantalizing.  More like in the way that an over-enthusiastic teen with braces does it. No, not even that. More like......you know what, you get the point.

So I dumped all that "real" crap (except the "real" spouse; they did the dumping in that case) and I started writing. I got a flip over haircut and I told my mom I just really needed to focus on my art.


Unfortunately, what I produced was little more than a steaming pile of crap. That is when I began my mission.

Well, really, I began a quest.

And so I began my quest. I was told the location of an ancient, magical sword by this venerable dude who looked amazingly like Burgess Meredith. I had to kill a troll. (There was even witty banter.) At first I refused, but then I got the sword. I went back to the guy and asked him how this was supposed to make me a better writer.

"Writer?" he blinked. "Who the hell would ever want to be a writer? There's no money in that. What you need to do is lop the heads off of dragons. The bigger the dragon, the better. Lots of money, fame, fortune. And chicks dig dragonslayers. Prolly hook up a threesome....after your first kill of course."

Turned out I we’d gotten our wires crossed somewhere. And when I said “learn to write,” he had heard “kill the hydra.” (Not sure where the hell that came from. They barely even rhyme.) I left him the sword, in case he found the right sort of hero, and headed off.

Without a wizened old mentor cliche, I didn’t see how I was ever going to learn to write. I kept putting on montage music and then sitting down to the keyboard, but by the end of the song, I was still looking at mediocre writing. (What do you expect, those songs are only like two minutes long.) I tried to catch a chicken, but even when I did, my prose did not improve. I also had a horrible case of histoplasmosis from fungi in the droppings. That put me in the hospital for like a month.

Perhaps I would assemble a rag tag group of misfits along the way––hopefully including a ninja who is looking for his father–a ninja who can pull fish right out of a river. And a mandroid. We would hopefully be joined by a talking firedog, a gruff dude with a machine gun for an arm, and a giant stuffed animal ridden by a cat with a megaphone. And if I were very lucky, Meteor Man.

Each of them would join me for their own purposes. But, sausage fest full of tropes assembled, we would face the Dark Lord together.

Regardless, I was going to walk this road, mentor or no. Nothing was going to stop me. I even queued up "Break My Stride." I looked to the horizon, where the sun was setting, and dragged a blade across my palm (different blade—I gave the enchanted sword back to Burgess remember; try to keep up). As I did, with wind whipping my hair, I cried, “I swear by my blood, I will learn to write.”

To this day, if you go to that spot, where the wind tousled my hair, and my blood spilled to the ground, and you look where my life fluid touched the fecund soil beneath me, you will find.....absolutely nothing of any particular significance. But the wind might tousle your hair too.

Thus I battled with college. For seven years we fought. College smashed me, beat me, slammed me into walls, threw me to the ground, chewed me up and spit me out, and once swallowed me and digested me. But every time it thought the fight was over, every time I looked well and truly dead, and it turned away, I would stand up.
"Is that the best you've got?"

I found that college (even a creative writing degree) had very little to do with being a writer, and a lot more to do with a firm basis in general education, literary analysis, and following directions. It had some to do with writing (though not as much as I'd have hoped), but almost nothing to do with being a writer. It also probably wrung out the desire to write from more writers than it ever taught the craft.
Now I had to fuse the knowledge of how to write with the love of writing itself, and combine it with one serious fuckton of work.

That's where the blog began. And even though most of this post is about the past, what I'm trying to get at is that you found me still on my way to The Black Fortress (even though neither they nor my sentient ninja star will be nearly as useful at defeating The Beast as THE FLAMETHROWER OF LOVE™).

Here is my pledge, however.

Whatever I discover, I will share here. If I learn a trick, I’ll put it here. If I discover a surefire way to network, it’ll be up here by the next weekday. If I hit pay dirt along one avenue or hit nothing but walls along another, you will know it happened. If there's a wait involved in an acceptance process, I'll detail every agonizing day of it.


It will also show you the banal in excruciating real time. No overnight success stories. If I start to carve out something, you will see how it took me years of writing every day to get there. You will watch me improve from old articles to new. You will see my career as it happens.

The new leg of my journey begins, and I’m going to chronicle it here. Any insight I glean––be it the weaknesses of trolls, that publishers have a weakness for silver and cold steel, or kingsfoil as a creativity stimulant––I'll put it here. Conversely, if any place I point out troll droppings, ogre sniper rifle laser sight dots, or vampiric agents, because I know what to look for, I'll warn you. We can take the next part of this fantastic quest together.

Best to imagine me as Madmartigan looking at Arik with an impish smile. "Wanna come with us?"
at February 29, 2012