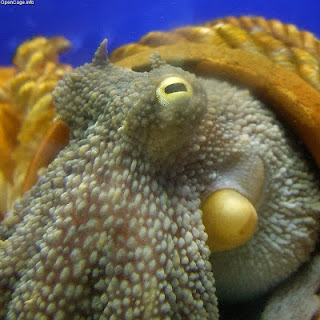 [This is one of the long-overdue bios for the Writing About Writing Staff Page.]

Cedric- During the Octorian Wars, Chris ended up on the wrong side of the temporal event horizon for several days and befriended one of the Octorians. They went through a real trial and like every Enemy Mine/The Enemy ST:TNG trope they ended up realizing that they had a lot in common. Cedric helped Chris survive and get back to his own dimension, and then (because Cedric kind of liked pretentious artists) he stayed and has been working as Writing About Writing's administrative executive since.

He is glad no one has ever made him choose between them. Chris probably wouldn't like that.
at October 08, 2015