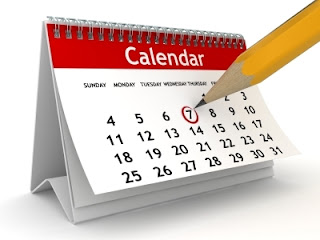 So, last week after my huge personal issues, I pushed everything to Wed, Thur, Fri. I put up some filler, but the whole week's worth of blogging happened in three days.

Like it really, really worked well. I was stressed and frazzled and I actually got more writing done than during a normal week.

During the other days I wrote fiction, I tinkered on a few of the bigger articles that I either posted later or are still coming, and I cleaned up some of the menus that have gone neglected here for YEARS. I even put up some filler but didn't feel guilty about it because I knew the real action was still to come. And it did. All the posts I wanted to get up for the week went up, but they did so at the end of the week when I have a little more time and a lot less stress.

It's possible that I'm just not accounting for how much stress and schedule impact teaching one class a week really adds. (I would need about $250 a month more than I'm making now to drop my last night of teaching and give writing that time and energy.) I also don't tag in quite as long with The Contrarian on Wednesdays and Fridays. I also usually have evenings before those days to outline or think. For some reason the start of the week is just a little tougher.

So I think that's what's going to happen from now on. You'll still get all the same Writing About Writing quality that you've come to expect, but squished into the end of the week.